The World Health Organization added 2,4-D to its list of potential carcinogens, reports Bloomberg.com. The International Agency for Research on Cancer, a Lyon, France-based arm of the WHO, said Tuesday in a statement that 2,4-D is “possibly carcinogenic to humans”—and this is based on limited evidence from laboratory animal studies and inadequate evident in humans, reports Bloomberg.com, among a host of other media outlets.

“No herbicide has been more thoroughly studied, and no national regulatory body in the world considers 2,4-D a carcinogen,” John Cuffe, global leader of regulatory affairs for Dow AgroSciences, said in the statement. The Industry Task Force on 2,4-D, of which Dow is a member, said a different WHO unit that conducts pesticide-risk assessments has reviewed 2,4-D five times since 1963 and found no evidence of carcinogenicity, Bloomberg reports.

The molecule has been used for 70 years to control weeds in wheat, corn and soybean fields as well as gardens and lawns. The U.S. sprayed about 36 million pounds (16 million kilograms) of the chemical in 2012, according to government estimates.

The weedkiller is a key part of Dow’s agricultural business, Dow AgroSciences. Dow says its new Enlist crops, which are genetically engineered to tolerate sprays of both 2,4-D and glyphosate, will help double earnings at the unit through the end of the decade.

The IARC’s classification is inconsistent with government findings in nearly 100 countries that have found 2,4-D is safe to use as directed, Dow AgroSciences said in a statement. 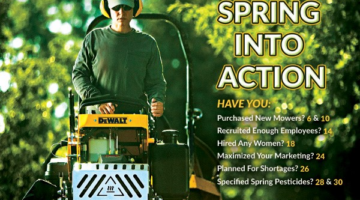