WASHINGTON, D.C.— About 100 supporters of the H-2B seasonal guest worker program, many of them contractors, gathered together on Capitol Hill Wednesday, April 15, seeking fixes to the troubled program that so many small businesses count on provide services to their clients. 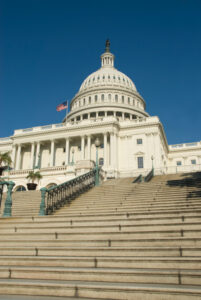 Troubled? You bet. Last month the program essentially ground to a halt when Homeland Security, responding to a court case in Florida, temporarily suspended adjudication of the H-2B visas. While the Department of Labor and Homeland Security resumed processing petitions for workers later in March, it did little good for the employers whose petitions had not cleared all of the hurdles as it was announced at month’s end that the Congress-authorized 66,000 H-2B visa cap for FY 2015 had been reached. What a mess.

That was just one of the issues concerning H-2B, the fly-in folks wanted to address with their respective lawmakers or their legislative aides.

There is a very real possibility that rules involving the program will make obtaining H–2B workers considerably more difficult and expensive. Then, of course, considering the intense competition among industries for available H-2B visas and the difficulty of finding reliable domestic workers in this improving economy, the program’s supporters would love to see action by Congress to allow returning H-2B workers not to be counted against the cap.

Rep. Andy Harris (R.-Md.), who spoke to the group at its breakfast meeting in the video below, told the H-2B supporters he is introducing a bill in the House that would exempt returning workers from the 66,000 cap.

The landscape group wasn’t the only one in the nation’s capital seeking to save H-2B. Representatives from the hotel and hospitality industry were on a similar mission on the same day.

Watch this video from the National Association of Landscape Professionals:

COVER PHOTO AND VIDEO FROM NALP

Next post Kawasaki Consolidates All Functions in Single Location