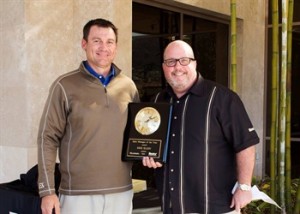 Hunter Industries is proud to announce that Kris Klein recently earned the FX Luminaire Sales Manager of Year Award for 2014. Klein manages the Arizona territory and produced impressive sales growth during the year. The award was presented in January during FX Luminaire’s National Sales Meeting in San Marcos, California.

Kevin Gordon, director of sales for FX, said, “Kris has always exhibited a strong work ethic and over the last couple years we have consistently enjoyed the fruits of his labor. Kris has built a strong reputation as a technically proficient, skilled lighting designer who can close nearly every deal. Kris Klein is an exemplary FX salesman and he truly earned and deserves this award.”

Klein said he plans to continue to help FX Luminaire remain the number one name in landscape lighting in his region. He lives by the motto, “The only place success comes before work is in the dictionary.” 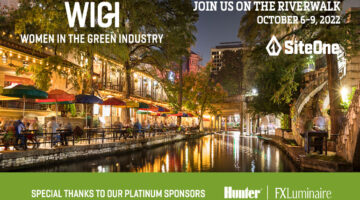