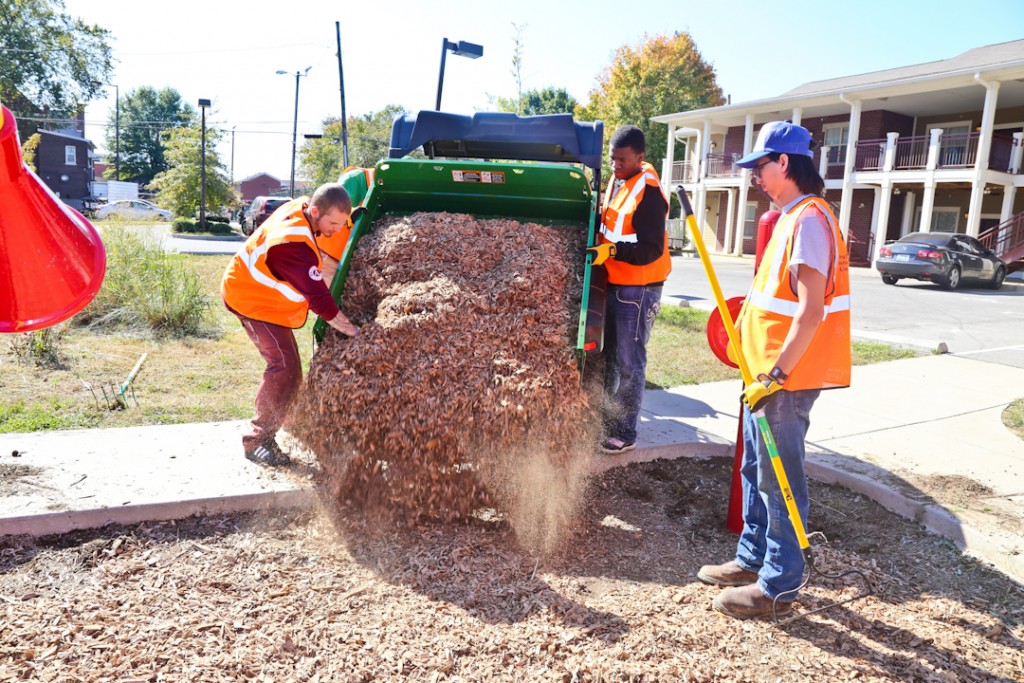 LOUISVILLE, Ky. — Volunteers from the National Association of Landscape Professionals (NALP), in conjunction with this year’s GIE+EXPO, spent the afternoon of October 21 beautifying properties of cash-strapped non-profits and school grounds here. This is the fifth consecutive year NALP volunteers kicked off the annual conference and trade show by getting dirty offering service.

This year, like 2014, the volunteers focused their landscaping efforts on two properties in the city’s historic Smoketown community—the St. Vincent de Paul campus and Shelby Traditional Academy, a grade school with approximately 680 students.

Choosing suitable properties to improve, obtaining the necessary approvals and permits and gathering the necessary materials, equipment and manpower takes months of planning. Fortunately, from year to year, NALP can count on a core of experienced local landscape pros to get everything in place. This year, Mike Mason, CSP, VP/COO The LawnPro, stepped up to facilitate the projects.

As work began, approximately 100 volunteers (which included several groups of local students) enjoyed blue skies and summer-like temperatures to improve community playgrounds, the Ozanam Inn Shelter for Men and the DePaul Apartments. Donations of materials and safety gear, and the support of equipment manufacturers Stihl, John Deere and Caterpillar aided the volunteers in working safely and efficiently. 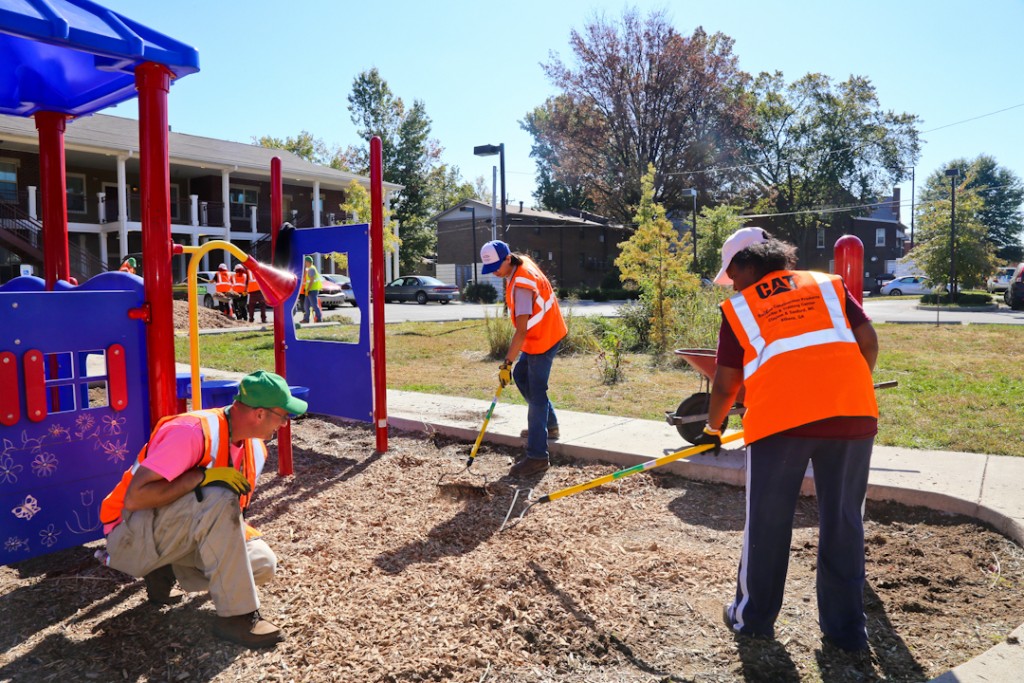 In addition to expanding the community’s tree planting program the volunteers started in the 2014, community service project, the workers, pruned, trimmed, mulched beds and did a lot of cleanup.

Local supporters of St. Vincent de Paul assisted with the work as well. St. Vincent de Paul has been helping the region’s poor and homeless since 1853. Each year about 1,500 trained volunteers help deliver its services as it works with schools, churches, businesses and individuals. Its trained volunteers meet with families and individuals needing help with basic necessities, such as food, rent and utility bills, or individuals facing other hardships. 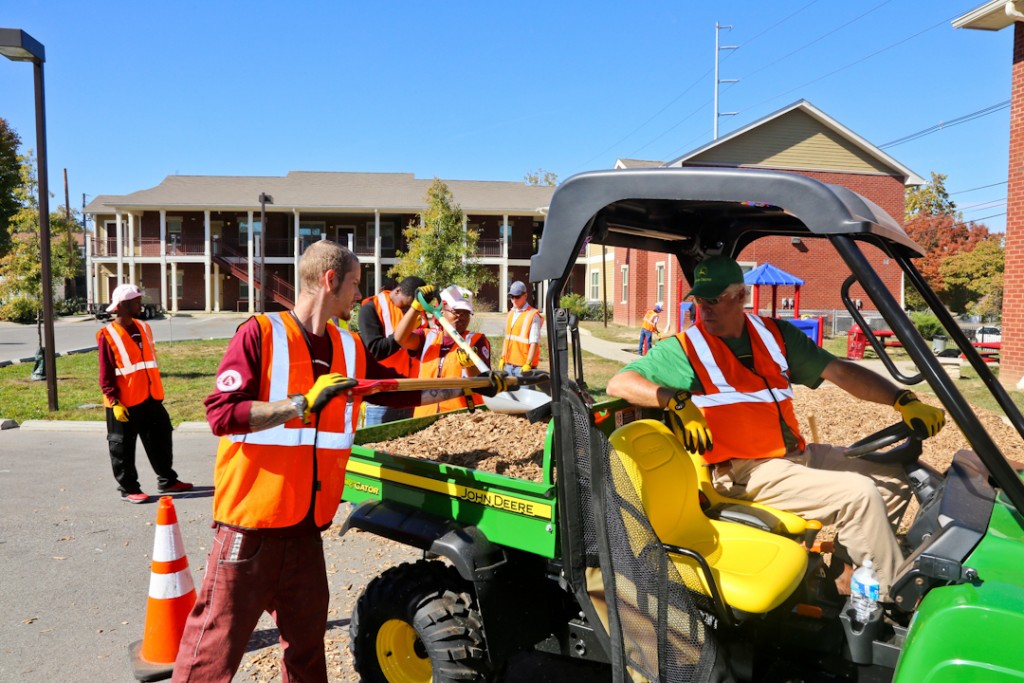 The main campus of St. Vincent de Paul as well as Shelby Traditional Academy are located just southeast of downtown Louisville, a region that has seen more than its share of poverty and crime. A significant effort is being made to revitalize Smoketown (so named, it is believed, because of the industrial smoke stacks that were a fixture their a century ago) with the construction of new homes and mixed-income housing. Smoketown’s revitalization is expected to be completed by the end of 2016.