Frits came to ONLA with more than 30 years of green industry experience. Over the course of his career he has been involved in lawn & landscape contracting, garden center operations, corporate management and technical college education. Past employers include Scotts Miracle-Gro and Hocking Technical College, where he served as Landscape Management Faculty and Department Chair of Natural Resources.

Frits earned his Bachelor of Science in Agriculture from The Ohio State University; where he also completed his Master of Business Administration at the Fisher College of Business.

PLAINFIELD, Ill. – After 34 years with Spring-Green Lawn Care Terry Bradford, vice president and COO of the company-owned division (Superior Lawns), announced his retirement effective December 2015. Rick Helfrich, a 9-year veteran of Spring-Green, will take over for the outgoing Bradford.

Bradford began his career with Spring-Green in 1981 as a franchise support representative (now known as a business consultant), with seven years of prior experience in the green industry.

“My wife and I were just married, when I answered an employment ad in a lawn care industry magazine,” Bradford recalled. “Spring-Green was seeking an individual to work as a support rep with independent franchisees within a young and growing company in the Chicago area.”

During his 30-plus years with the company, Bradford was promoted to a branch manager at the company-owned franchise in northeast Wisconsin, and later he was named vice president of operations for the company-owned division known as Superior Lawns.

Crawford graduated from the University of Tennessee with a degree in turfgrass science and management in 2007. While in school, Crawford interned at Fox Den Country Club in Knoxville and upon graduation, accepted an assistant superintendent position there.

COLUMBUS, Ohio – AmericanHort elected Terri Cantwell of Bates Sons & Daughters in Lake Placid, Florida, to chair of the board and Tom Demaline of Willoway Nurseries in Avon, Ohio, to vice chair. Dale Deppe of Spring Meadow Nursery in Grand Haven, Michigan, becomes the immediate past chair.

AmericanHort selected new board members: Bob Dickman of Dickman Farms, Greenhouses & Garden Center in Auburn, New York; Lisa Minter-Bustin of Minter Country Garden in Chilliwack, British Columbia; and Seth Reed of GrowIt! Mobile in West Chicago, Illinois. They will assume their positions on the board of directors during Cultivate ’16, July 9-12 in Columbus, Ohio.

ATLANTA, Ga.­ — Takeuchi-US hired Mark Barndollar as northeast regional business manager and Todd Francis as northwest regional business manager. Residing in Bethel Park, Pennsylvania, Barndollar has 20 years of experience in sales. Francis currently resides in Albuquerque, New Mexico, but will be relocating to a more central location in the region in the near future.

Gelhard possesses over 20 years of sales, sales management and marketing experience. He will concentrate on acquiring larger corporate, office complex and HOA accounts. He will also manage the company’s website and online marketing efforts. Pennsylvania.

Kissinger entered the landscape business as a teenager, working on her father’s nursery in production and customer service roles. A graduate of California Polytechnic State University in San Luis Obispo, she holds experience in both retail nurseries and commercial landscape management. As a regional account manager, Kissinger will maintain a portfolio of commercial landscape maintenance accounts and pursue opportunities to grow each contract.

SAN DIEGO –The Toro Company recognized the top performing sales performers during its worldwide distributor meeting at the recent Golf Industry Show here. Toro named Grant Rundblade, SCPS of Reinders, Sussex, Wisconsin, as the “2015 Rookie of the Year” for commercial equipment sales and Aaron Goninen as the “2015 Salesperson of the Year” for golf irrigation sales.

Toro also reports that Amy Cheek joined the company as district sales manager in Northern Florida for the Irrigation Business.

With 19 years of professional sales experience in irrigation and outdoor lighting, Amy started in the industry as assistant office manager with North Florida Irrigation. She then moved to FIS Outdoor as an outside sales representative.

IEDA Names Three to Board of Directors

RIVERSIDE, Calif. – The Toro Company hired Amy Cheek as district sales manager in northern Florida for the Irrigation Business. With 19 years of professional sales experience in irrigation and outdoor lighting, Amy started in the industry as assistant office manager with North Florida Irrigation. She then moved to FIS Outdoor as an outside sales representative. During her career at FIS Outdoor, Amy was named Rookie of the Year and New Product Category Champion.

Most recently, Amy worked as district sales manager for Vista Professional Outdoor Lighting, where she again received Rookie of the Year honors in 2012 and Salesperson of the Year in 2014.

Adam Scheinberg was recently promoted to Vice President of Information Technology. Scheinberg started with Massey Services in 2003 as a systems manager and, in 2008, became the company’s Senior Director of IT.

Marcellene (Marci) Baugh is the company’s new Vice President of Finance and Accounting. Baugh joined Massey Services 10 years ago as its Controller. She is now responsible for all facets of accounting, reporting and payroll.

BJ Beard moves up to the position of Director of Fleet. Beard, now in his 22 years with Massey Services, has held many different positions with the company, including Fleet Manager where he implemented improvements to the ordering process, managed vehicle repairs and successfully branded the company’s 1,700 vehicles. 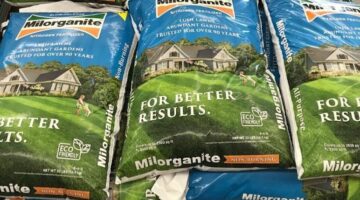