Herr has been working with Takeuchi since May of 2015, where he was previously employed by CNH Industrial America for over 20 years and he also worked at Manitou for five years where he held similar service positions.

The move is one of several positive structural changes for Takeuchi in its service department recently, which includes Ron Snyder as National Service and Warranty Manager, Tom Reichling as Northwest Regional Service Manager, Gary Bryan as Service Support Manager and Joe Topia as a National Service Training Manager. 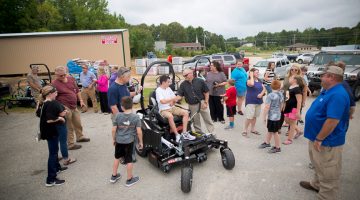