Personal injury law firms around the United States are lining up plaintiffs for what they say could be “mass tort” actions against agrichemical giant Monsanto Co. that claim the company’s Roundup herbicide has caused cancer in farm workers and others exposed to the chemical.

The lawsuit is similar to others filed last month in New York and California accusing Monsanto of long knowing that the main ingredient in Roundup, glyphosate, was hazardous to human health. Monsanto “led a prolonged campaign of misinformation to convince government agencies, farmers and the general population that Roundup was safe,” the lawsuit states.

The litigation follows the World Health Organization‘s declaration in March that there was sufficient evidence to classify glyphosate as “probably carcinogenic to humans.”

“We can prove that Monsanto knew about the dangers of glyphosate,” said Michael McDivitt, whose Colorado-based law firm is putting together cases for 50 individuals. “There are a lot of studies showing glyphosate causes these cancers.”

Read the rest of the original article on Yahoo. 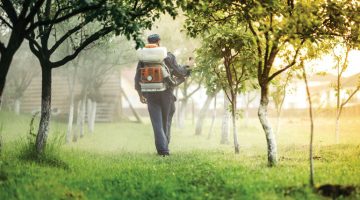