On June 5, 2015, USCIS (United States Citizenship and Immigration Services) will reopen the congressionally mandated fiscal year (FY) 2015 cap and will accept Form I-129, Petition for a Nonimmigrant Worker, requesting new H-2B workers with an employment start date between April 1 and September 30, 2015.

Why USCIS is Reopening the 2nd half FY 2015 Cap for H-2B Petitions?

USCIS’s role in managing the H-2B cap involves ensuring that enough Form I-129 H-2B petitions with a sufficient number of beneficiaries have been approved to fully subscribe the H-2B cap each year. It can be difficult to estimate in advance how many beneficiaries of an H-2B petition approved by USCIS will actually seek H-2B status or eventually be issued an H-2B visa by the Department of State (DOS). USCIS strives to reasonably estimate the number of petitions the agency may approve before the annual cap will be reached.

On April 2, 2015, USCIS announced it accepted and approved a sufficient number of H-2B petitions to meet the congressionally mandated annual cap of 66,000 H-2B visas. USCIS considers numerous factors when determining how many petitions and beneficiaries to accept to fully utilize the H-2B cap. From June 3, 2014 through March 26, 2015, USCIS accepted about 3,900 petitions (consisting of about 77,000 beneficiaries) toward the H-2B FY15 cap. USCIS believed this was sufficient to fully utilize the FY15 cap.

USCIS continues to work in collaboration with DOS to monitor the issuance of H-2B visas and has determined that as of June 5, 2015, DOS received fewer than the expected number of requests for H-2B visas. A recent analysis of DOS H-2B visa issuance and USCIS petition data reveals that the number of actual H-2B visas issued by DOS is substantially less than the number of H-2B beneficiaries seeking consular notification listed on cap-subject H-2B petitions approved by USCIS. In light of this new information, USCIS has determined that there are still available H-2B visa numbers remaining for the second half of the FY15 cap.

On June 5, 2015, USCIS will begin to accept additional FY15 cap petitions with employment start dates between April 1 and September 30, 2015, and will consider them in the order in which USCIS receives them.

To petition for an FY15 H-2B cap number, employers must:

The H-2B program allows U.S. employers to bring foreign nationals to the United States to fill temporary nonagricultural jobs for which there is a shortage of available U.S. workers. Learn more about the program on our H-2B Temporary Non-Agricultural Workers Web page.

Next post NALP has filed suit in federal court 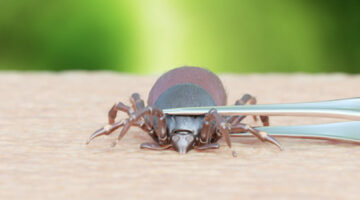