Dr. Brian Schwartz up for the challenge at UGA-Tifton

Dr. Brian Schwartz is a man ahead of his time—as most plant breeders are. The results of the projects he is working on today with his staff at UGA-Tifton won’t be seen until at least a decade from now.

Several experimental varieties from the University of Georgia entered in the 2013 National Turfgrass Evaluation Program (NTEP) Trials survived through the extreme winter much better than expected, so it seems as though the new varieties are a success. As encouraging as that was, the bigger push at the Tifton breeding program at Tifton these days is to improve the drought and stress tolerance of turfgrass species.

Schwartz credits his love for turf to the time when, at the young age of 16, he helped out during the construction of a new golf course in his hometown in central Texas. Although the superintendent thought his “shoulders made a better carrying surface than a wheelbarrow, cart or truck,” he welcomed the opportunity and took pride in the experience.

He eventually went off to Texas A&M, pursuing a degree in crop science, and upon graduation he started working in the seed corn industry. Soon realizing he would need more education to get ahead, Schwartz went back to Texas A&M and received his master’s degree in cotton breeding.

“It was at this point that I realized that no matter what ‘crop’ I studied for my Ph.D. in plant breeding, I could always find work in the row-crop agricultural industry. With that mindset, my wife and I turned down a chance to study soybeans at the University of Illinois and, instead, opted to join the turf breeding program at the University of Florida.”

Once Schwartz obtained his Ph.D. he was faced with a hard decision regarding his career: return home to Texas A&M to start a new grass breeding program or head to the University of Georgia in Tifton to take over its program that had been a leading developer of turfgrass for over a half-century.

“In the end, I was drawn to the opportunity to serve an institution that had been responsible for the development of grasses like Tifway 419, Tifdwarf, TifSport, TifEagle and TifGrand. I haven’t looked back since,” he says.

UGA-Tifton has been instrumental in the science of plant breeding. Dr. Glenn Burton and Dr. Wayne Hanna were experts in creating sterile bermudagrass hybrids that had to be propagated by sprigs or sod since they produced no seed, changing the way bermudagrasses were grown. The process also allowed the longevity of good varieties to span decades since contamination from seed was essentially eliminated.

However, it has not been used in other warm-season grasses. But that looks like it could change.

“During the past five years, my crew and I have invested huge efforts to manipulate the genetics of zoysiagrass, centipedegrass and seashore paspalum. As of today, it looks like we’ve been able to induce sterility in all three species,” explains Schwartz. And he’s hoping that this will lead to new turfgrasses that perform better. He definitely has the ambition to do it.

“If I make tenure this year, I’d like to double my plant breeding efforts in the future. We currently make about 5,000 new hybrids every year; I want to make 10,000.” Plant breeding is a numbers game, he explains, adding “the more chances you give yourself to find a better hybrid, the more likely you’ll be able to serve the industry by giving them an elite product.”

And serving the industry is something he takes very seriously.

“Some people would be surprised at just how industry-driven my research and development program is. The Georgia Golf Course Superintendents Association and United States Golf Association were pivotal in our 2010 decision to re-emphasize the breeding of new dwarf, greens-type grasses … Our continuing interaction with these types of groups has forced us to stay in-tune with real-world needs, and they have kept us on our toes.”

What you may not know about Schwartz is that at some point he would like to live at a little bit of a slower pace, and looks forward to eventually returning to the family farm in central Illinois,15 miles from the nearest town of 1,700.

“It is my favorite spot on the entire planet, a place to be near to family, to farm, garden, fish and hunt,” he says. Until then, though, he keeps up with the fast-paced life of a plant breeder.

“I hope that when my career is over and done, that the next scientist looks back and says that Schwartz didn’t drop the ball, but was innovative and always pushed forward,” says Schwartz.

The author is editor of Turf magazine, and is based out of the St. Johnsbury, Vermont, office. Comment on this article or contact her at [email protected]. 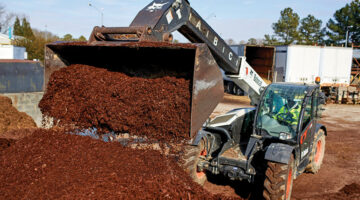 Get Equipped: Workwear And Gear 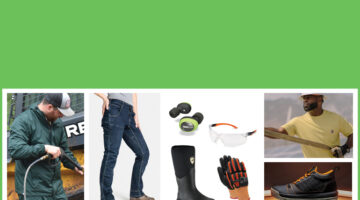