The California Landscape Contractors Association reviewed its new statewide Water Management Certification Program to landscape professionals during Toro’s Success Without Excess III WaterSmart Symposium. The program is aimed at improving the efficiency of water use in new and existing landscaping in California. The CLCA program has a performance component to ensure that candidates are applying the knowledge gained through a written exam. Also, the program requires continued performance in the field in lieu of continuing education.

For more information about the CLCA Water Management Certification Program, as well as other presentations from the symposium, go to www.torowatersmart.com.

Project EverGreen is seeking participants for its BENCHES ArtWork exhibition at the GIE+EXPO. The organization’s goal is to have 20 benches and participating companies at the showcase. With a $1,000 donation, sponsors receive a mini-bench from Project EverGreen, which the company may paint, sculpt and otherwise adorn in any way to reflect the company and how it enhances green spaces.

The American Nursery & Landscape Association inducted Carl Meyer, president of Horticultural Services, Inc., into its Hall of Fame. Established in 1966, the ANLA Hall of Fame Award is given to an outstanding nursery and landscape industry professional whose business and community accomplishments serve as an example for others in the industry. Meyer has served as president of ANLA and its Landscape Division. He has also served as president of the Western Nursery and Landscape Association.

Greg Schaan, president and CEO of Imperial Nurseries, assumed the presidency of ANLA during the annual meeting. He has served on the executive committee of the Horticultural Research Institute, the Horticultural Distribution Committee and as president of the New England Nursery Association.

TPI offers a comprehensive online directory of turfgrass growers at www.TurfGrassSod.org. Users can search for growers by state, country or turf types (species), and can select criteria based on specific turf cuts. All companies listed in the directory are current TPI members. The directory also features industry-related suppliers of equipment, machinery, parts and business services for turfgrass sod farms. 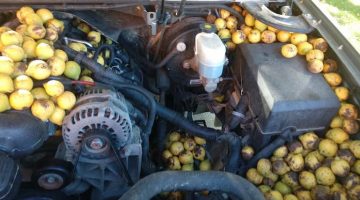