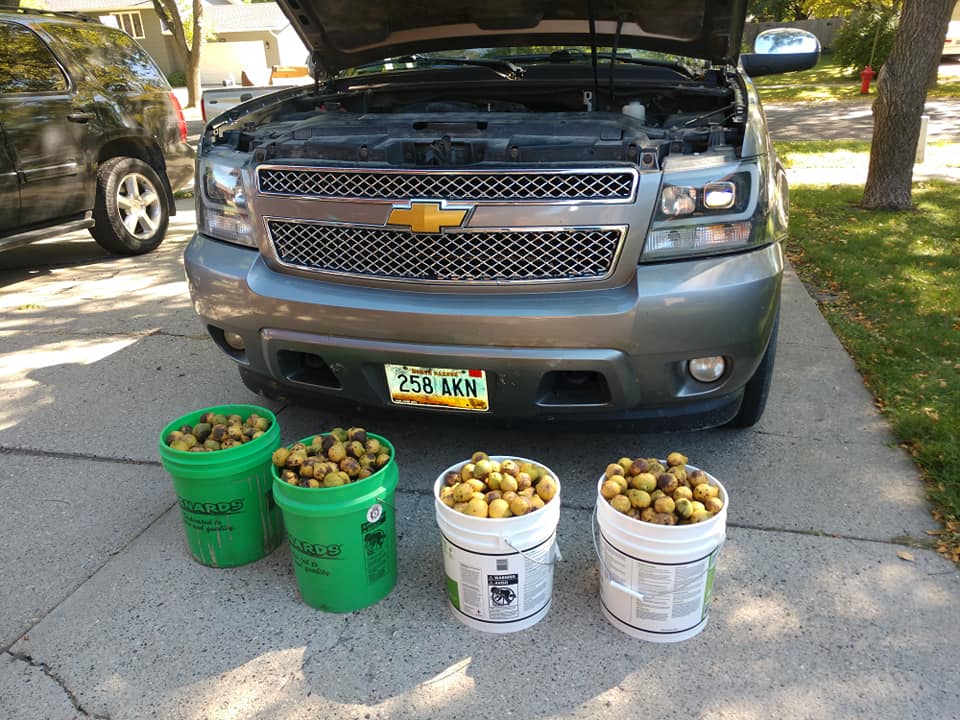 Landscapers know better than anyone the havoc that squirrels can wreak. They also know the sanctity of their pickup truck. So when this humorous story of a particularly industrious squirrel and a good natured truck owner went viral, hitting even international news outlets, we couldn’t help but share it as well. 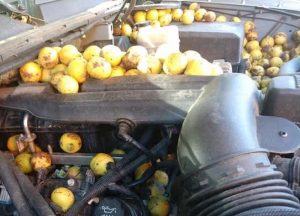 When Bill Fischer of Fargo, ND returned from a trip, he found not one, not two, but seven buckets worth of yellow-husked black walnuts “squirreled away” in his Chevy Avalanche! In only four days! The culprit? One tiny red squirrel.

Fischer posted pictures of the squirrel’s handiwork on facebook—which truly must be seen to be believed—and within days he and the squirrel had made headlines all over the world. Fischer said he had reporters from as far away as Macedonia and Australia contacting him. 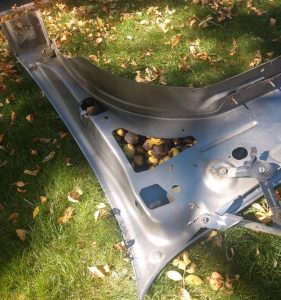 While Fischer initially cleaned out the nuts wedged between engine parts and stacked in every vacant corner, he had to actually remove the truck’s fenders to reach more nuts stored inside—finding a full five-gallon bucket worth of nuts in just the left fender. “I had to pull the fenders off and clean out all the walnuts out, and thought I had them all and took it down the road, turned the corner and found one rolling down the windshield where the wipers go,” Fischer told the Grand Forks Herald.

And this isn’t the first time! Fischer said the walnut tree produces nuts every other year. “Over the last 16 years the squirrel is up 8 to 0. I feel totally dominated and defeated!” he joked on facebook. Despite Fischer’s expectation of the biennial ritual, this year’s haul of nuts set an impressive new record. Ultimately, the squirrel hid 42 gallons, equivalent to 175 pounds, of nuts inside the truck.

Interestingly, the squirrel always picks Fischer’s Avalanche as his target. “I’ve got other vehicles that sit very close to that tree, and it’s always my truck,” Fischer said in an interview with The Washington Post. “I’ve even parked purposely out on the street — as far away as I can from the walnut tree — and they still go find the Avalanche and hide them in there.”

Luckily, Fischer gets a reprieve next year. But what will 2023 hold? We’ll have to wait and see! Or ask the squirrel. 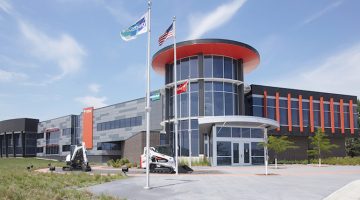