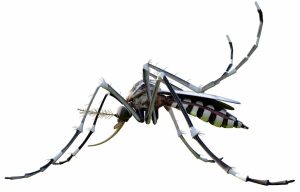 Spraying properties for mosquito control can be a great way to add to a landscaper’s services. Yet menacing mosquitoes continue to plague many with itchy summertime bites, not to mention spreading serious diseases such as Zika, West Nile virus, Chikungunya virus, dengue, malaria, and Eastern Equine Encephalitis. Luckily, recent news out of two U.S. colleges provides some hope for a better understanding of mosquito biology and eventual new control methods.

Now You See Me, Now You Don’t 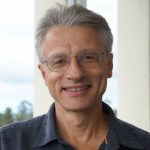 The first is a study out of UC Santa Barbara that is the first to determine how mosquitoes use vision to find their bite victims. While it’s been known for a while that the CO2 exhaled by humans is an attractant, “the molecular mechanisms through which mosquitoes identify people visually has been largely ignored,” said Craig Montell, a distinguished professor of molecular, cellular and developmental biology, who led the study. 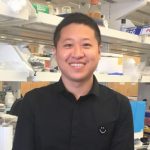 Mosquitoes have sensitive eyes with low resolution. Once CO2 is detected, a mosquito will fly toward the source and look for something dark (such as the shape of a human). Yet when researchers used gene editing to inactive two out of five light receptors in the eyes of Aedes aegypti mosquitoes, it disrupted the insects’ ability to recognize dark targets. In other words, humans became nearly invisible to mosquitoes.

The findings could have broad implications. “Vision plays an important role in detecting a potential host for blood-feeding insects such as mosquitoes, kissing bugs, tsetse flies, and ticks,” said postdoctoral fellow Yinpeng Zhan, another study lead. And all these insects serve as vectors for human illnesses. “… this study is the first to uncover the molecular mechanisms behind this behavior.”

Earlier studies by Michael Strand, H.M. Pulliam Chair and professor in the Department of Entomology, and his colleagues had indicated that mosquitoes cannot grow normally beyond the larval stage without a gut microbiota (microorganisms in their digestive tracts), even when fed nutritionally complete diets.

In a new study, the research team found that the gut microbiota is a source of certain essential vitamins. These vitamins are extremely unstable in aquatic environments (where larvae grow), which results in gut microbes needing to produce them continuously for the mosquito larvae to grow.

“The study most excited me because … we just didn’t understand what it was that gut microbes were providing that the larvae needed,” Strand explained. “What our study brought home is that vitamin instability is a key factor in why aquatic organisms like mosquitoes are so dependent on their gut microbiota,” Strand said.

The findings of this study have now launched several new studies in the Strand lab, including work on determining how gut microbiota affects several metabolic and developmental processes in mosquitoes; how particular combinations of microbes enable mosquitoes to develop; and how gut microbes promote or antagonize the disease-causing organisms that mosquitoes transmit, such as the parasites that cause malaria and the virus that causes dengue fever. The overall goal is to develop approaches that could be used for controlling mosquito populations and disease transmission.

Want to talk about pesticides with fellow lawn care and landscape professionals? Join the discussions in the Pesticides Forum at www.expired-link.com.