Should I Hire an Employee With a History?

Many times, as business owners, you don’t know the full histories of potential job candidates. You base your hiring decision on gut instinct and how they answer your questions and whether or not they appear to be professional. Other times, you learn too much about an employee’s history, and desperate with a need to fill out your crew, you’re tempted to take a chance because, despite this history, the employee seems like a good fit.

This situation happened recently to a www.expired-link.com user who posed the question to the landscape professionals on the site. Here’s the advice he received:

rickpilgrim: I had to terminate an employee who was habitually late by 20 minutes or more. A decent worker who always gave his best—when he got there.

No sooner than handing out his final check, my phone rings with a woman with “problems” who desperately needs to work. Locked up at 21 for aggravated assault for 10 years—five in and five out.

I had to speak to the parole department first. I put her on a job where she unloaded 4.5 yards of mulch by fork and wheelbarrow and spent the rest of afternoon with a string trimmer until 6. So far so good.

Would you take a chance on someone with a bad history like this?

JLSLLC: Having someone show up is half the battle. If they’re making you money and less workload, I’d say go for it.

Tn Turf: It’s hard to find good workers. Felons who paid their dues and are looking for a second chance in life are often thrown curbside. It’s hard for them to find anyone to take a chance on them, so I think they tend to take things more serious and are grateful for someone believing in them. Then again, some of them are career criminals. You’ll have to weed them out.

grassmonkey0311: When I place employment ads, I will look at anyone who I think would be a good fit. Some have had law issues, others haven’t. For the ones who did time, it’s a case by case basis. Some only did something once. The career criminals have no place in my business. Just because they messed up once or twice doesn’t mean they should be penalized for the rest of their lives.

DJS4: No. I would have too much concern for the properties/owners and other employees. I seriously hope this turns out well for you and her. It will all unfold over time and give you a vast amount of knowledge either way.

rickpilgrim: Unfortunately, the employee was terminated. She didn’t show up to work on Monday after telling me she was injured over the weekend. I advised her to see a doctor and we’d pay for it out of workman’s compensation insurance. When I called her on Monday to find out if she was coming in, I got no answer. I also emailed her parole officer, who said he would look into it. Next day, I was notified she was back in jail for three months. They found her drunk in a bar. They caught her lying about working on Saturday, which she didn’t, lying about an eye injury and drinking, which was a no-no.

capefearlandscaping&lawn: I am an account manager for a decent sized landscaping company. I also have a few felonies on my record. I did some things I wasn’t proud of and am still not proud of. But I saw the light at the end of the tunnel and this experience is in the past for a reason. I fell back on the only thing I knew really well: landscaping. A company took a chance on me. I worked hard, and within a year I was the company’s top foreman and spray technician. Another year later, I became account manager. I’m responsible for everything in this company from employees and equipment to hiring and firing. What I’m trying to say is, if a man really wants to do something with his life, give him an opportunity … he may just really want a chance and someone to believe that he can be better. Luckily, someone saw that in me.

More: Want to share your thoughts on hiring? Continue this conversation on www.expired-link.com 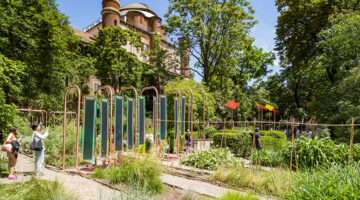 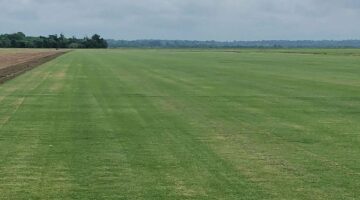