Always having a backup plan will keep you productive and goal-oriented.

The other day I had planned on going out and contacting some potential customers, basically hustling up and making some sales calls. After an hour or so I realized I wasn’t feeling it. At that point I had a choice to make: either muscle through and keep at it or switch gears and do something else for the day.

Usually I can take a minute, re-focus and get back to the task at hand. However, there are times when I know that I am not going to be very productive at what I had planned to do, no matter what. This was one of those days. Hey, I’m human. It happens to all of us sometimes.

So, I switched gears to do something that would still be productive for the company. Since I was already on the road, I decided that I would put together bids for about 30 multisite locations we were anxious to land.

I started asking Siri to find them for me. (You know who Siri is, right? It’s that tiny little person who lives inside your iPhone and gives you directions and stuff. All you have to do is say “Hey, Siri,” ask a question and off you go.)

Anyway, I got about 10 locations done that day and accomplished something positive for the company.

So here is the thing for all you fellow owners out there: I know we all want to be superheroes every day but sometimes you just need to get something/anything done. It may not be what you had planned for the day, but the whole day does not need to be a disaster when things don’t go as planned.

My advice is to always have a backup plan so you can still be productive in situations like this. Basically you need to be able to switch gears on the fly.

Let’s go back to that day when I realized I just didn’t have the right frame of mind to contact prospects, but instead prepared a bunch of bids, which was near the top of my to-do list, as well.

I always have a to-do list, and I prioritize and work from what is most to least important on that list. Since sales wasn’t happening that day, I went to the next thing, which was getting numbers for the multisite properties I was eager to service.

Now here is where you have to do some prior planning in order to switch gears on the fly.

As I always travel with my laptop, iPad and iPhone, I can easily access all of my documents and other company information via the Internet from just about anywhere. Because of that, in this particular instance, I pulled up the list of properties I needed to bid and got to work.

If you are not set up to do business this way, you can still do the same thing by thinking ahead and having a notebook or binder with projects that you know you will have to do eventually. Set up your vehicle to be a rolling office on wheels. Make yourself short-term and long-term to-do lists and regularly update them.

We can’t always do what we set out to do, and at times like that it is best to be able to switch gears. 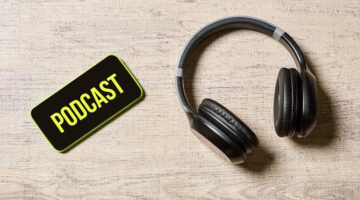