Much like the Johnny Appleseed of lore, Jeff McManus – who will serve as president this year of the Professional Grounds Management Society (PGMS) – is a planter. Instead of apples though, the director of Landscape Services at the University of Mississippi grows ideas and cultivates leaders, which he then spreads to other facilities across the country.

As PGMS president, McManus hopes to keep moving the organization – which represents over 1,000 industry professionals – forward. Plans include updating its anonymous salary survey for members; revising means for determining property staffing and equipment needs; and bringing its social media platforms up to speed to get information out to members and to the landscaping community at large.

As an industry leader, he sees the development of technology as one of the biggest factors to impact groundskeeping, which will help increase productivity and decrease the number of staff needed maintain properties.

“We are on the edge of that bubble,” he says, describing an unmanned mower that’s being developed similar to robot vacuums – like the Roomba – which could revolutionize lawn care for large properties. While only smaller versions are being developed now that would be more appropriate for residential use, McManus says these quiet, electric mowers would be able to go out in the middle of the night and be done by morning, rather than sending a crew out to work all day.

Down the road, McManus – an Auburn University alum – also looks forward to having the technology that would duplicate work they already do, like mulching and pruning – what he calls “high touch” tasks. “That’s the low hanging fruit,” he says. 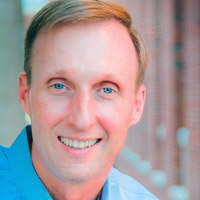 According to McManus, who came to Ole Miss in 2000 after a decade at Turnberry Isle Resort in Miami, one of the biggest challenge facing grounds professionals is the labor shortage, which he attributes to a healthy economy. “People have other options,” he says. To compensate, McManus has developed a one-year internship program with local high schools that offers recent graduates an opportunity to learn about the industry and work with a mentor, while receiving a salary and benefits.

In the nearly two decades since taking charge of managing the care and keeping of the 1,000-acre Ole Miss campus, which has been named one of the most beautiful in the country by Newsweek and The Princeton Review under his tenure, McManus says he has found success by nurturing leaders among his team.

“Growing ‘weeders’ into ‘leaders’ became the secret sauce that put Ole Miss at the top of several lists,” McManus writes in his book Growing Weeders Into Leaders: Leadership Lessons from the Ground Level. By focusing on staff development – who he refers to as his “weeders” – McManus says he’s been able to build a culture of ownership and pride among his team members, which helped lead to the transformation of the campus. 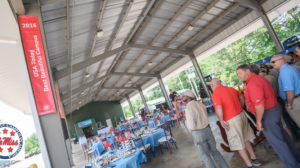 “We’re not just in the landscaping biz,” he says, noting the importance of campus visits for prospective students, “we’re in the recruiting business.”

McManus created Landscape University to help train employees and build a positive atmosphere that helps develop a highly confident and motivated landscaping team. Through a continuing series of classes, landscaping team members learn the importance of their roles at the university and how it affects students, athletes, faculty and other employees. 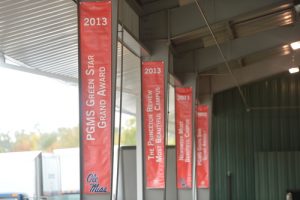 “The goal is leadership,” McManus, who came to Ole Miss in 2000, tells Turf. “We want to empower people not to be a victim and that good things come out of that.”

The comprehensive program has been such a success at Ole Miss, that McManus leads Landscape University conferences annually to give managers of other large properties the opportunity to implement leadership training in their own landscaping teams. Ole Miss hosted its sixth “How to Create Your Own Landscape University” in April, which was attended by landscape teams representing Pennsylvania State University, Columbia University, University of Alabama and Southeastern Louisiana University, who sat in on workshops and toured the campus. McManus stresses that he gives attendees the tools to apply his methods to their own landscape crews and not just “copy and paste” what works at Ole Miss.

Members of his team are an integral part of the conference and participate in the workshops, which McManus says has been an important part of growing weeders into leaders.

But cultivating a culture that encourages leadership begins with offering team members opportunities to feel pride in what they do. “We want to be constantly reminding them how important they are.” McManus credits the shifting dynamic in everything from updating uniforms to giving all employees lapel pins to hanging banners in the tractor shed of all the awards they had won.

“Sometimes they’re like seedlings being overshadowed by a large oak,” he writes. “A wise leader will nurture, develop, and transplant those good seedlings so they can grow stronger.”