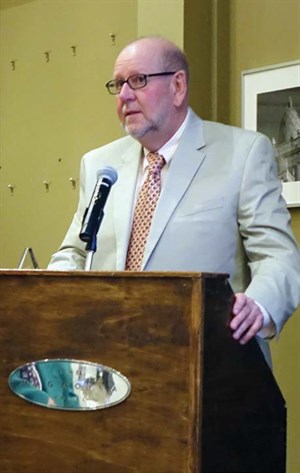 The Turf & Ornamental Communicators Association (TOCA) held its 27th annual meeting in Omaha, Nebraska, in April. Winners were announced for the annual communications contest for marketing and publishing with more than 400 domestic and international entries. TOCA recognizes members for excellence in writing, design, photography/AV, new media and special projects. The top winners from each category are named as Gardner Award winners.

One of the top award winners of the event, Turf magazine Editor-at-Large Ronnie Hall was named to TOCA’s Hall of Fame at the awards ceremony. “Ron has been covering the green industry for 33 years, and he still gets fired up and excited to cover landscape topics,” says Turf magazine Editor-in-Chief Nicole Wisniewski. “I know when Ron covers a story it will be extremely well-researched and well-written. He has a passion for this industry that is unparalleled. I take extreme pride in having Ron on the Turf team. Working with Ron has been not only a valuable learning experience, but a privilege.”

Other awards for Turf and Turf Design Build:

Next post Get to Know Jonathan Crandall of J.C. Grounds Management