The National Gardening Market Research Company’s National Gardening Survey says gardeners spent $36.1 billion in 2015. Diving deeper, the average amount spent on the backyard or balcony nationwide in 2015 was $401 per household – up from a low of $317 in 2014.

On top of that, an estimated 90 million households participated in do-it-yourself indoor and outdoor lawn and gardening activities last year. That amounts to three-quarters of all U.S. households.

This proves interest in gardening hasn’t waned. “Participation in gardening did not decline much during the economic downturn; people have been participating in gardening all along, but they weren’t spending as much in recent years,” explains Bruce Butterfield, an industry analyst. “These results are encouraging. Not only did DIY gardening have six million more customers, they spent more, too.”

Who’s spending the dough on green? The survey says the highest spending came from baby boomers, married households, those with annual incomes more than $75,000 and college graduates. The most important market force, however, were millennials in the 18- to 34-year-old range. Five million of the six million new gardening households were millennials.

Food and flowers were the most popular items purchased, according to the survey. Approximately one in three households participated in food gardening (36 percent) or flower gardening (34 percent).

Next post Legal Marijuana Raises Questions for the Green Industry

Previous post Ask: Why Didn’t I Close that Sale? 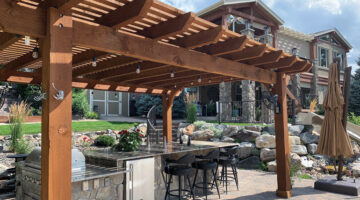