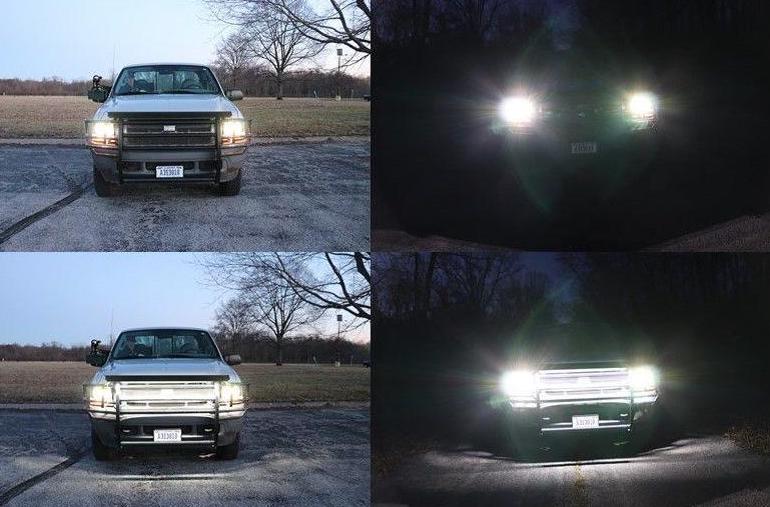 The difference between vehicles equipped with headlights (top) versus headlights & the new rear-facing LED light.

Could the phrase “like a deer in headlights” become defunct? Researchers with the National Wildlife Research Center (NWRC), a USDA Wildlife Services (WS) program, recently found a way to help prevent deer-vehicle collisions during low-light conditions. Through a series of experiments with free-roaming white-tailed deer, they discovered a new vehicle lighting system, which uses a rear-facing light-emitting diode (LED) light bar to illuminate a larger portion of a vehicle’s front surface, is safer. In fact, the likelihood of dangerous interactions decreased from 35% to only 10% when using a rear-facing light bar plus headlights versus just headlights alone.

The reduction in dangerous interactions appeared to be driven by fewer instances of immobility or “freezing” behavior by deer when the light bar was used. “This new lighting system takes advantage of a deer’s predator avoidance behavior (also known as flight behavior),” states lead author and former NWRC researcher Dr. Travis DeVault, who currently serves as the associate director of the University of Georgia’s Savannah River Ecology Laboratory. “We predicted that light reflected from the front surface of the vehicle would provide a more reliable looming image to deer, thus encouraging the deer to move out of the path of the approaching vehicle.” When an object “looms,” it becomes increasingly larger to the perceiving animal, helping the animal realize that the object is an approaching object versus one that is stationary.

In the U.S. and Canada, deer cause the majority of animal-related road collisions leading to injury or death and many of the mitigation measures designed to reduce collisions with wildlife are road-based rather than vehicle-based. Road-based measures are intended to influence animal behavior (such as roadside reflectors and mirrors, repellents, hazing) and driver behavior (warning signs, speed limits, animal detection systems). They also address vegetation management, wildlife population management, and highway lighting.

This vehicle-based lighting system advances efforts to reduce wildlife deaths and increase driver safety on roads. The patent-pending technology can be incorporated as an after-market device, like a brush guard or bumper, or can be embedded in the vehicle as part of the manufacturing process. The USDA is currently seeking a licensing partner to build and market the technology. Now if only they could discover deer-proof landscape plants! 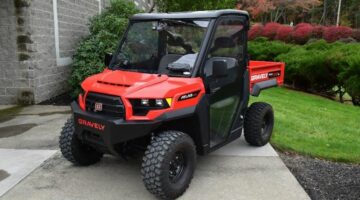 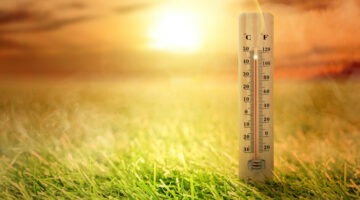