Story of a Landscape: Resort-Quality Job Earns Best in Show from Unilock

Just how high-end is the work Imagine Landscaping, Inc., did for a homeowner outside Barrie, Ontario? Well, the residence adjoins the Horseshoe Resort, and Imagine owner George Gaffiero says it’s often mistaken for part of its amenities.

Gaffiero is pretty proud of the results himself. What started out to be the finish work for a pool installation company grew to a 1,600-square-foot patio with plenty of wall space and a water feature that netted Imagine best in show for Unilock’s Awards of Excellence and a place in the company’s latest catalog. 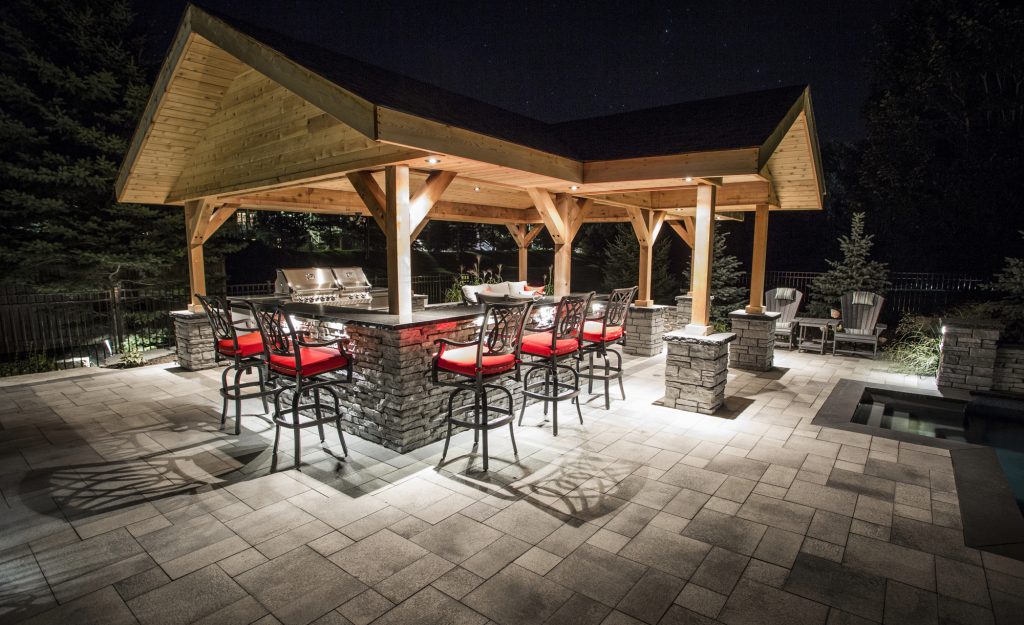 “We do the construction for a pool company called Koho Pools and Spas out of Barrie,” Gaffiero explains. “They got us up there, and we found the client had pretty much designed the whole project. We just tweaked it with him.”

As much as Gaffiero had help with the design, he also had the assistance of Unilock itself. An authorized Unilock contractor, he said the company suggested the project incorporate some of its newer product lines.

Gaffiero explains that the patio itself features Unilock’s Umbriano non-slip, stain-resistant pavers in winter marvel, with the line’s darker midnight sky for the accents. The walls are done in its Rivercrest wall blocks in coastal slate.

“Coastal slate is a new product that’s come out in the last two-and-a-half years,” Gaffiero says. “All the manmade materials are from its EnduraColor™ Plus line. Then, last year, Unilock brought in some natural stone, and we decided to mix it with the project.”

The natural stone is marketed under the Fairstone label — for this project in limestone — and Gaffiero describes it as “a high-end product.” 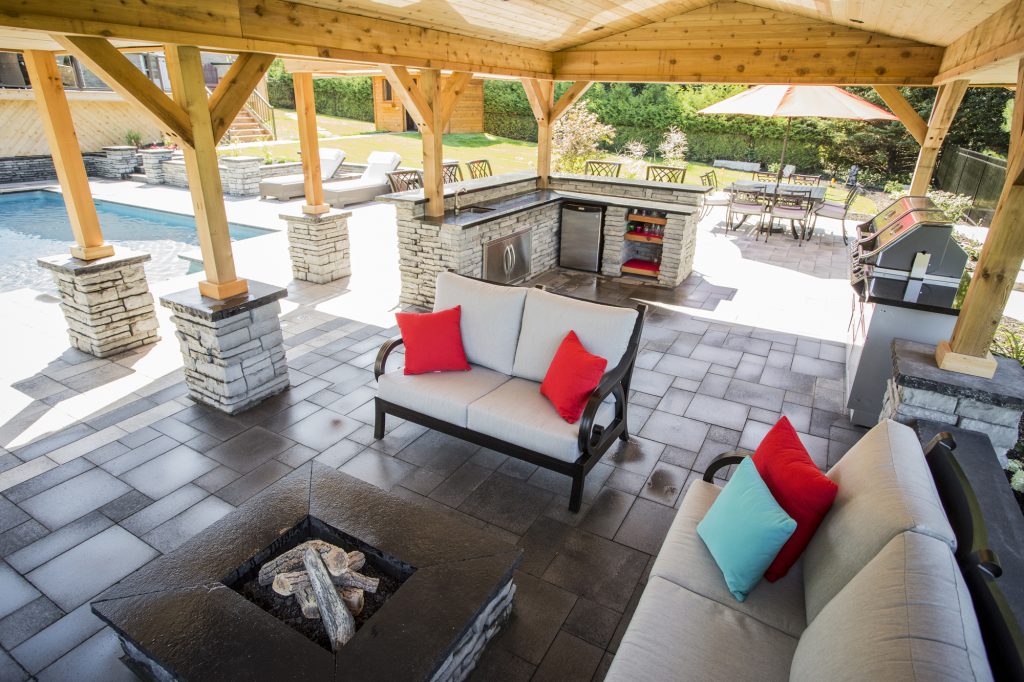 However, considering the scope of the project, Gaffiero adds that he’s seeing more clients who are opting to go with more expensive materials. In this case, he notes it’s less expensive for the owner to invest approximately $200,000 (Canadian) in his backyard than to buy a separate vacation property.

“People are making the choice to go with a $10 a square-foot product rather than $4 a square-foot,” he says. “I’m finding money really isn’t an issue when it comes to these sorts of projects.” 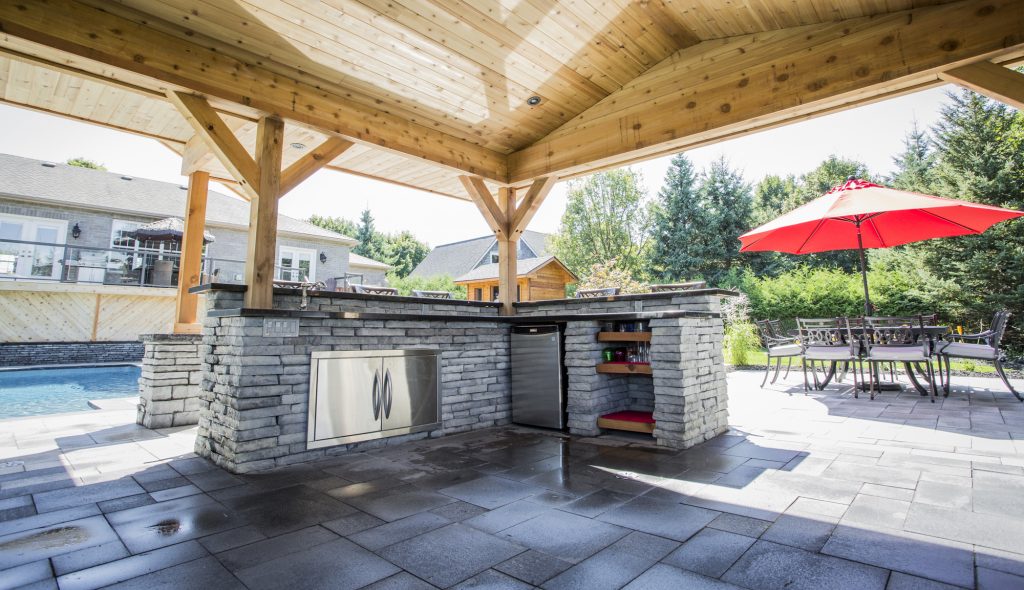 Along with the Unilock materials, the heart of the project is a stainless-steel grill from Napoleon Appliance Products.

“We did the front with Rivercrest, and we built the countertop custom,” says Gaffiero. “This was not one of Unilock’s outdoor kitchen kits.”

He adds that his preference would have been to do a built-in grill with the Rivercrest, but the client wanted the stainless steel look. The fireplace was also hand-built from products on the job site.

The patio boasts a red cedar cabana with multiple posts, which Imagine faced in the Rivercrest blocks.

“We build our pillars differently from most companies,” says Gaffiero. “They’re all prefabbed, but we slip them over the tops of the posts as we install them and then we custom cap them. That way it doesn’t look like there are two pieces and they don’t break down the road.” 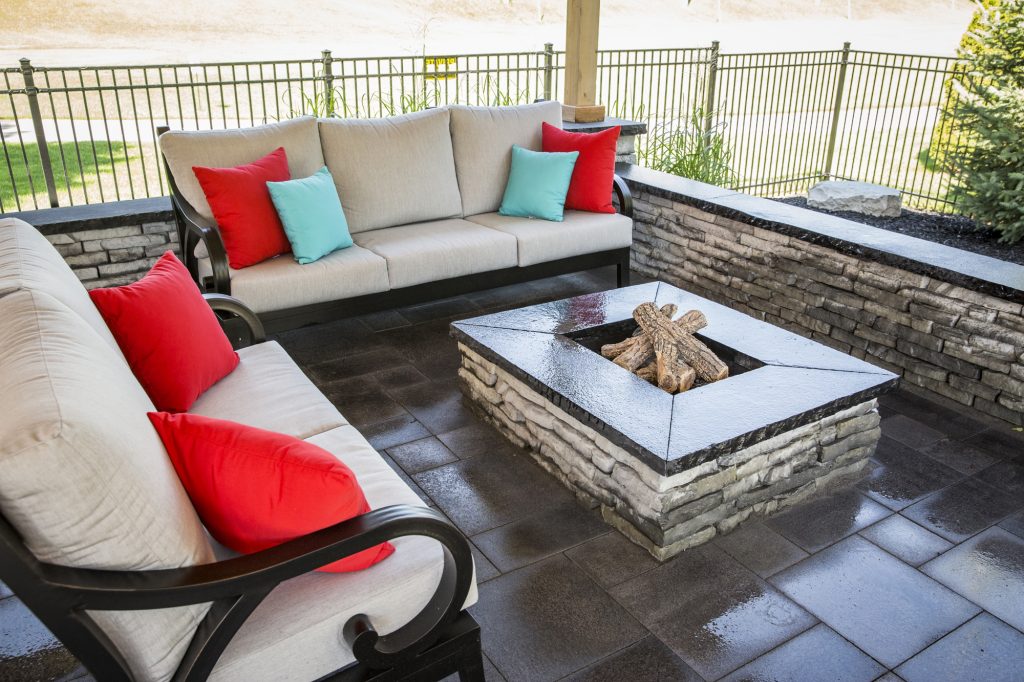 The water feature incorporates a 5-foot sheer drop in the middle. It, too, is built of the Rivercrest coastal slate with black river coping and pillars over a poured pad that’s 4 feet underground to protect from frost.

“It has lights coming out of it,” he says. “We have lights in the water, and under-mount lights in all the walls. We went with Kichler and they’re all LEDs. We think they’re a leader in the industry for advanced lighting, and if there’s a problem, you make a call and it’s repaired.”

This was not a job that instantly came together, either. Gaffiero says it took his crew almost eight weeks at the site, or at least a week and a half longer than he had estimated going in.

“But, you have to expect something like that based on the size of the job,” he says. “It got very detailed and we needed time to do all the details.” 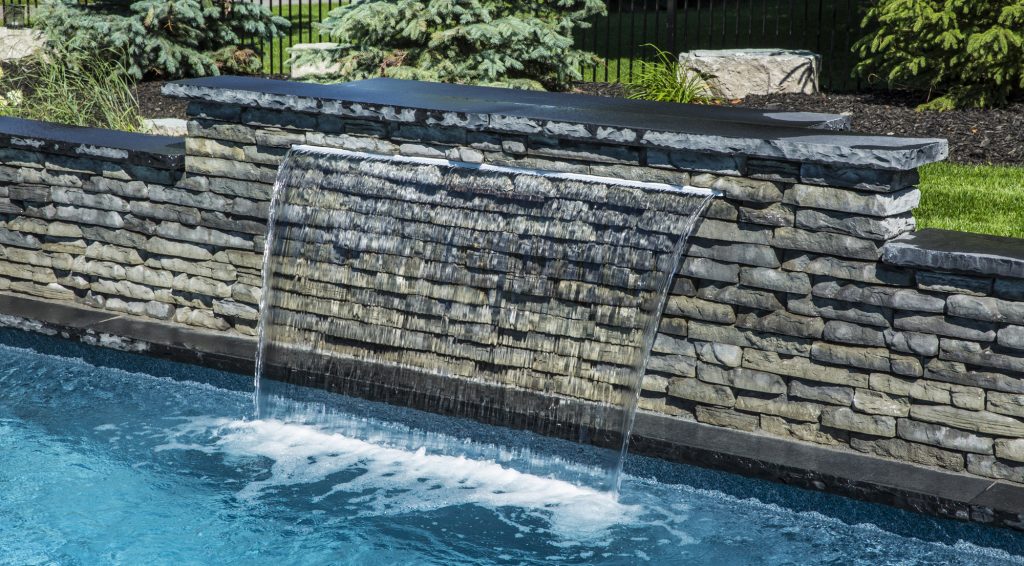 Still, it led, in the end, to a very happy customer, and Gaffiero says that’s what always makes him proudest about a job.

It’s also enhanced the reputation of Imagine, Gaffiero believes. It’s created more opportunities for him with Koho Pools, and the client’s neighbors have also taken notice.

“It’s not every day we get to work on a project like this,” he concludes. “It’s opened the doors for us to a lot of other avenues.” 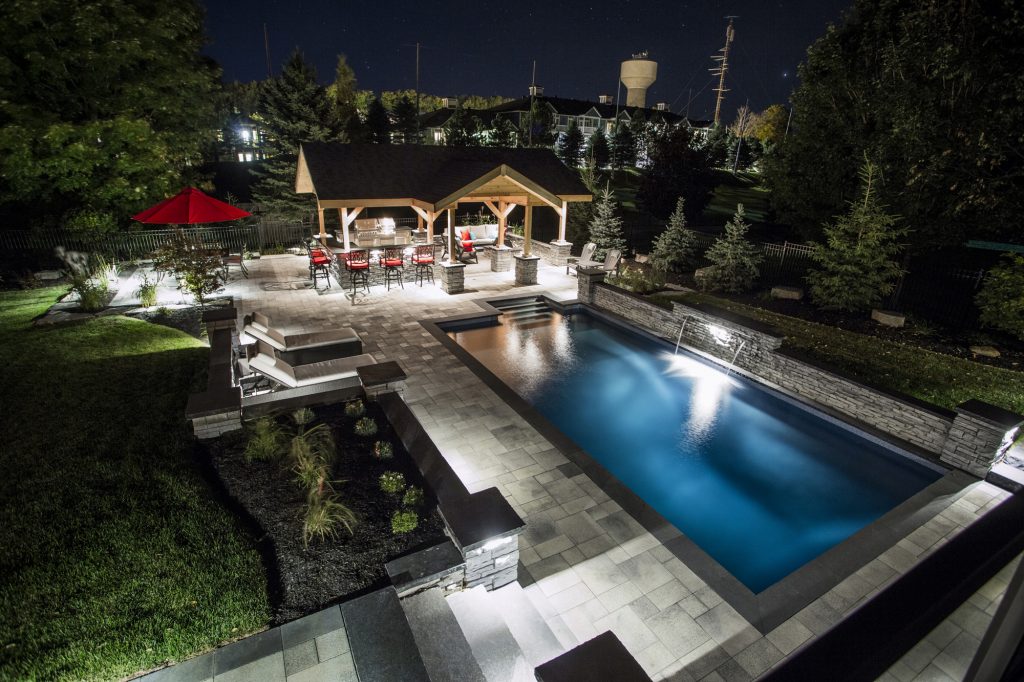 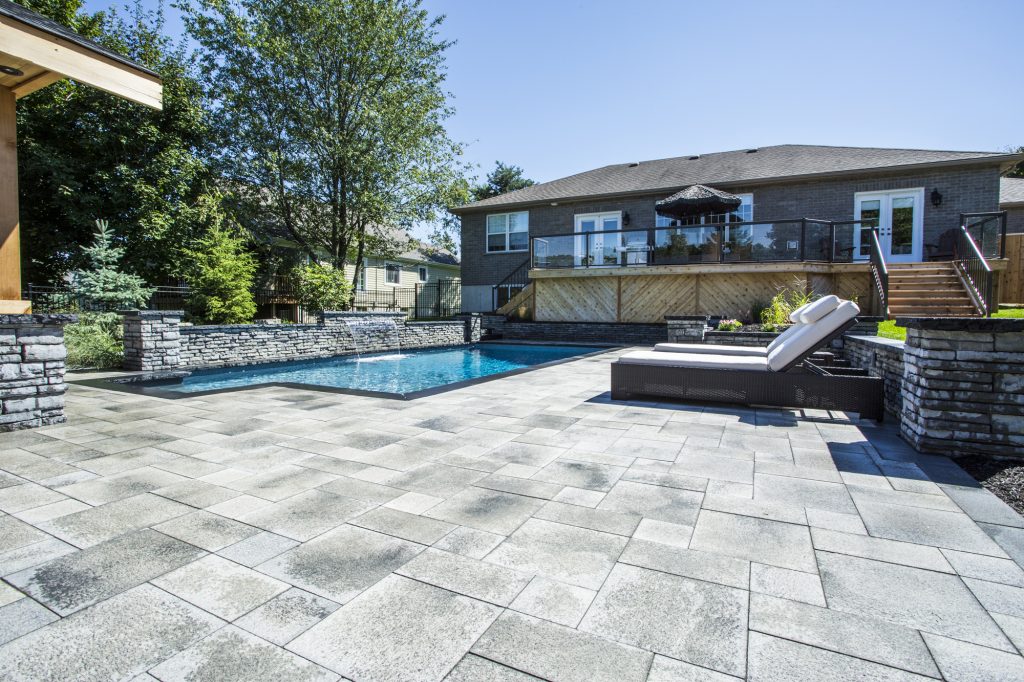 Next post How to Influence Team Members Through Actions