Bluegrass Billbugs Can Be Underestimated

Carol Sutherland says that the weevil with the long skinny snout, and its lar- vae, can be serious turf- grass pests that can sneak up on turfgrass managers. Sutherland is the extension and state entomologist at New Mexico State University, and has been there 31 years. She has seen the bluegrass billbug damage grass in the Southwest.

“These bluegrass billbugs may be underestimated as pests of turfgrass,” she says. And, there isn’t that much Kentucky bluegrass in New Mexico, compared to more northern regions. The pest may also feed on the fescues and perennial ryegrasses. Other related weevil pests that occur in warm-season grasses, such as bermudagrass, are the hunting billbug and Phoenix billbug.

While the adult bluegrass billbug, Sphenophorus parvulus, causes only superficial damage with its chewing mouthparts, the larval stage is more injurious. The larvae are deposited inside the base of the grass plant just above the rootzone. As it grows larger, the grub eventually chews its way out of the interior of the plant and causes more destruction.

Damaged grass will turn off-color, and then brown off and die if the pest isn’t controlled. Patches of brown turf will indicate its presence, though by then the billbug has relocated down into the rootzone. Turfgrass managers can dig around the edges of these browning patches and pull apart grass plants looking for the sawdust-like waste material (called frass) that the species leaves behind among the damaged blades of grass, as well as sift through roots and soil looking for the multi-segmented, white, legless, C-shaped larvae typical of billbugs. These larvae can be found at different stages of development from about mid-June throughout the summer in New Mexico, while adults emerge during the late winter in warm climates and early spring in colder regions.

Emerging adults can be seen walking across paved or other bare areas toward grass, which indicates that populations may be booming. Two other methods of identifying an infestation are the use of a pitfall trap cut into the lawn, or using a shovel to dig up a section of declining grass. Any grass infested by bluegrass billbugs will be easily lifted (Sutherland says it can be “as easy as lifting a small throw rug”), and the larvae can be examined. This year, Sutherland saw the larvae in February during a warm spell, although most damage to turfgrass occurs in mid to late summer.

The adult is a gray or black weevil that is .25 to 3/8 inches long and tapered at both ends. It has a long, skinny proboscis (the “bill” in billbug) that arches downward. A pair of elbowed antennae attach to the proboscis, and at the very tip is a pair of tiny chewing jaws. Turf managers examining the soil under browning patches of grass should remember that billbug larvae are always legless and usually smaller than the white grubs they can also find underground.

The pest has a long, skinny proboscis that arches downward, with a pair of elbowed antennae attached. At the very tip is a pair of tiny chewing jaws.
PHOTO BY JOSEPH BERGER, BUGWOOD.ORG.

“The best defense is a good offense,” Sutherland says. That could begin with the choice of endophytic grass cultivars of fescues and perennial ryegrasses that have some resistance to billbugs, with test results being available from the National Turfgrass Evaluation Program (NTEP). Some bluegrass varieties also show resistance. The next step is to use good growing practices, such as managing irrigation and nitrogen applications in order to prevent overly lush turf growth that makes lawns attractive to billbugs and other pests, especially in times like these when drought conditions in New Mexico make turfgrass an oasis.

“If you have a really small area of affected bluegrass, you may be able to use some of the beneficial nematodes as a control,” Sutherland says. Steinernema carpocapsae is one that is recommended for bluegrass billbug control, and it is available through biological control production facilities. It parasitizes the billbug grub, consuming it from the inside out. These nematodes may need to be applied annually, especially in high-pH soils, she says.

As for chemicals, there is a wide range of choices. Sutherland says the same insecticides used to control white grubs will be effective for bluegrass billbugs, depending on registration in each state. These primarily target the larvae.

The imidacloprids (Merit, Lesco Bandit and many others), because of their systemic action, currently are one of the most effective and widely available insecticides against billbugs, Sutherland says. They are best applied in granular form and then watered in so they penetrate down into the rootzone. Product labels should be read carefully, and extension service recommendations checked for application timing in your area since it may be different than that for white grubs and other turf pests. It is slow acting but is often chosen because it will kill other turf pests listed on the label. The combination of imidacloprid and bifenthrin (Allectus) is registered for golf course and sod farm use. Carbaryl (Carbamine, Sevin and others), halofenozide (Mach 2 and Grub-B-Gon) and diazinon (Mocap) are other proven controls for the larval stages.

Bifenthrin (Onyx, Talstar, Menace and others) is another standard for the control of adult bluegrass billbugs, as are beta-cyfluthrin (Tempo) and clothianidin (Arena). The combination of clothianidin and bifenthrin (Aloft) has also been used effectively.

Sutherland says that billbugs and other insect pests can develop resistance to pesticides that are used repeatedly. Since there are several products available for control, turfgrass managers should consider rotating the family of chemicals utilized, because each has a different mode of action. This is especially true if the chemical that has been used successfully for a long time has suddenly become ineffective, indicating resistance. Grubs can be particularly difficult to control with insecticides and may require more than one treatment, so label rates should be read carefully for appropriate rates and other information about application to different types of turfgrass.

Sutherland emphasizes that although bluegrass billbugs may not be a constant threat to turfgrass in a state like New Mexico, they may sneak up on grass managers in a particular year and become a devastating threat on a localized basis. Treatment, even if only on small patches of affected grass, should be an option if high-quality turfgrass is to be maintained. 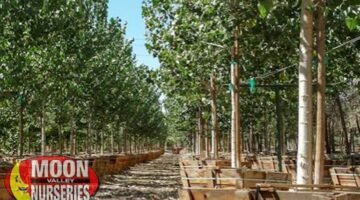