A research team at Michigan State University has conducted ongoing trials to identify appropriate plants, etc. for these growing sites.

The construction of green roofs is a relatively new concept to the U.S. Green roofs are more common in Europe, but have been gaining a lot of popularity in North America, creating new opportunities for green industry businesses. A research team at Michigan State University in Lansing, Michigan, has conducted ongoing trials to identify appropriate plants and has monitored stormwater retention and heat flow to help determine the benefits of these growing sites.

The interdepartmental team is looking at the benefits that green roofs can provide. In addition to identifying aesthetic value, energy savings and stormwater management, the MSU project is connected to the larger issue of technology and manufacturing that affects the nation’s economy for green industry businesses and beyond. 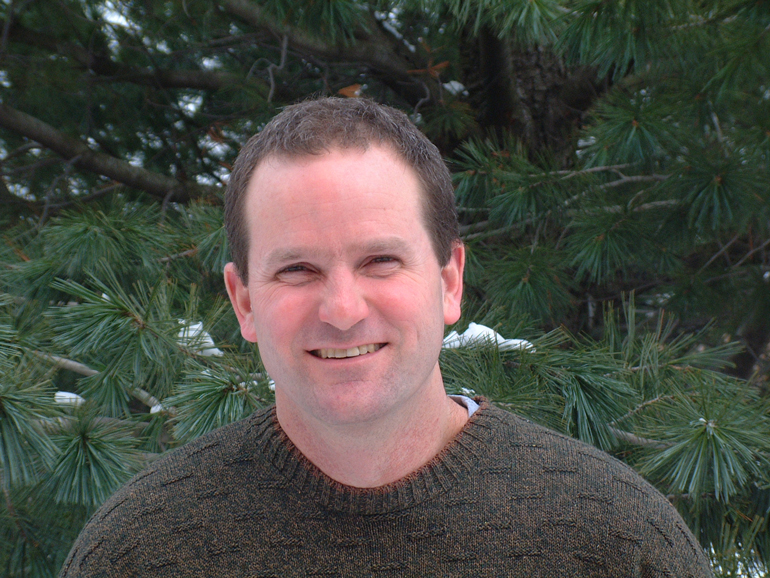 Dr. Brad Rowe, MSU assistant horticulture professor, has led the team in conducting recent trials focused on finding plants most suited to green roofs in climates such as Michigan. “We’ve found that the sedums, chives, onions and most alliums work well,” Rowe said.

Along with identifying plant varieties, Rowe pointed to the other ongoing studies related to green roofs.

Rowe said, “Our research started in 2000 with Ford Motor Co., in Dearborn for their 10-acre green roof. Ford wanted native plants, and initially, we looked at plants and growing media along with stormwater runoff. Ford designed the roof system and funded initial MSU research.” 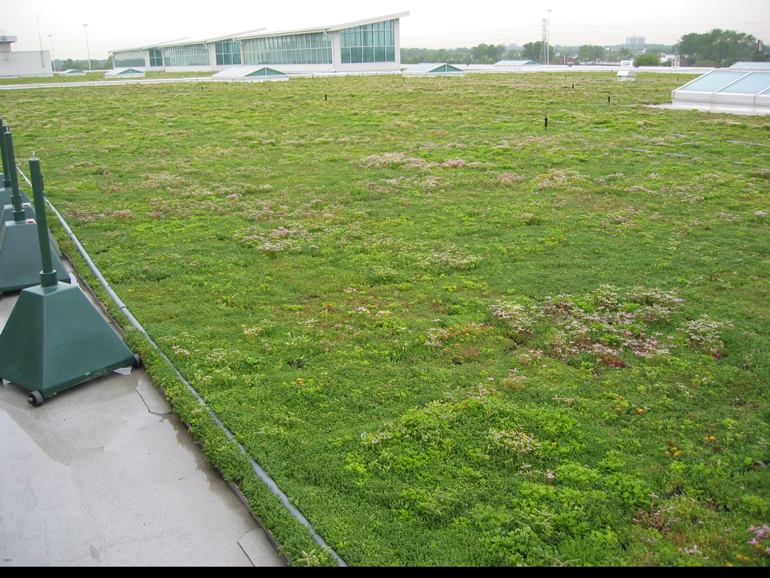 The MSU research project can have far-reaching effects in reducing not only stormwater management concerns, but also in reducing energy consumption for cooling in hot climates. The project is already connected to the desert-like environment of south Texas through an MSU team member, Dr. John Lloyd, MSU mechanical engineering professor. The mechanical engineering department researchers are collecting information on energy use at the site. Lloyd is currently on leave from MSU and directs the Rapid Response Manufacturing Center at the University of Texas-Pan American in Edinburg, Texas. The center focuses on concept-to-finished goods in a sustainable manufacturing environment, and Lloyd sees a connection to green roofs and other green industry elements.

He said, “No work has been done on finding plants that will work in desert areas, but discussions have begun, and we’re seeing interest in this research.” He noted that green roofs in the high-temperature, desert environment can significantly reduce cooling costs.

Germany is considered a leader in green roof research, technology and use, with the green roof industry there growing about 10 to 15 percent annually. Green roofs replicate natural settings and vary from ground cover plants to meadows to native prairie grasses. Green roofs require less maintenance than standard roofs and extend the life of roofing materials. They may require intensive maintenance and be accessible to the public. On the other hand, they may be grown in shallow substrates, require minimal maintenance and be inaccessible to the public. 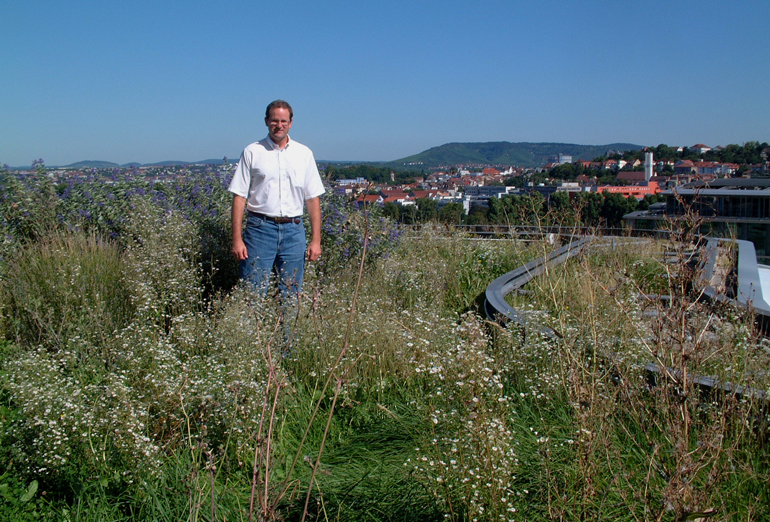 Ongoing, extensive MSU research has looked at plant species, propagation and establishment. The first study was terminated in 2004 and provided results that have been studied further in recent research. The long-term screening has been done on a series of raised roof platforms constructed by Christen-DETROIT Roofing Contractors in Detroit, Mich., and funded by Ford Motor Co. Initially, seed was obtained from Jelitto Staudensamen in Germany, and plugs were supplied by Hortech, Inc. in Spring Lake, Mich. A group of 18 taxa of Michigan native plants was included, as well. Native plants were plugs from Wildtype Nursery, Inc., Mason, Mich., and Hortech, Inc. An automated overhead irrigation system from Rainbird, Azusia, Calif., provided supplemental irrigation.

Initial findings indicated that all nine species of sedum survived. A. cernuum, C. lanceolata and T. ohiensis were suitable for unirrigated roofs. Visual observation indicated that native plants grew well initially. After irrigation was discontinued, most native taxa did not survive. All sedum were drought-tolerant. 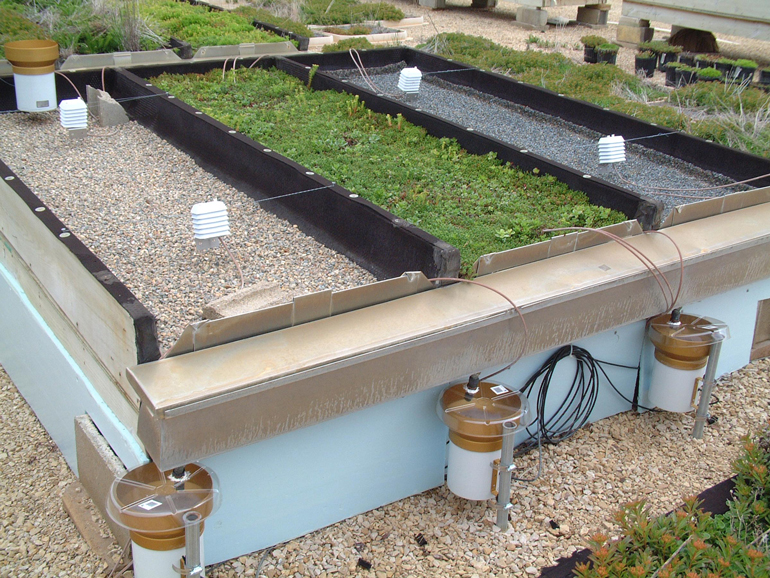 Two recent studies have looked at establishment, competition and survival. Studies are being conducted on the roof of MSU Plant and Soil Science Building and the roof of the Communication Arts Building. High-tech digital photos and analysis software is being utilized in current studies, providing more definite results from the studies than visual observations can provide. Controlled studies on drought tolerance of plants are also being conducted in the Plant Science Greenhouse.

A study that began in 2003 used cuttings of 25 succulent plants that were propagated on platforms with substrate depths of .98, 1.97 and 2.96 inches. A random design was used, with each species replicated eight times at each substrate for total of 600 plants. A study that began in 2005 included an additional 12 species planted as plugs, with each species replicated 12 times in each substrate depth for a total of 432 plants.

“We’ve used both plugs and cuttings in these studies,” Rowe said. “Using plugs is extremely labor-intensive.” Using various substrate depths allowed the researchers to observe the performance of various species at differing depths.

Species have been evaluated for propagation success, establishment rate, growth and survival, groundcover density, invasive weed avoidance, competition, and tolerance to low temperatures and to drought. Digital photos are taken weekly until the plants go dormant, with photographing resuming in the spring. SigmaScan Pro 5.0 image analysis software from SPSS Science, Chicago, has been used to analyze the digital photos to determine the plant canopy percent of individual species. 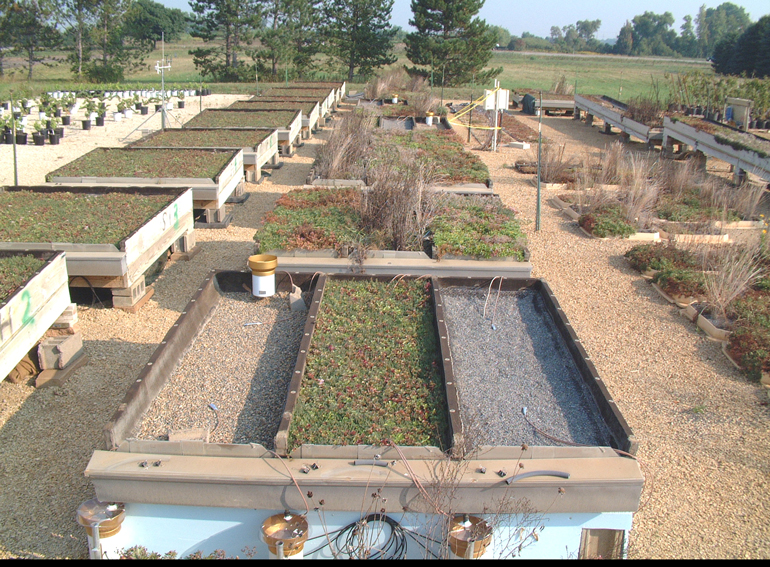 Along with plant species studies, stormwater management aspects have been studied. Volume and rates of runoff of stormwater from various platforms are measured. A weather station and datalogger are installed at each site, and measures are recorded every five minutes, 24 hours a day. Data collected has indicated that between 60 and 100 percent of stormwater is retained in the green roof system. 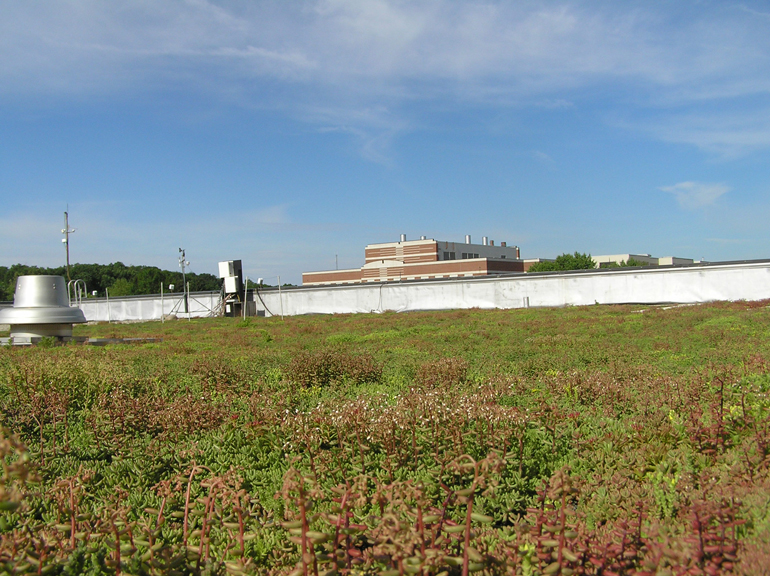 Heat flux sensors and thermocouples measure the heat flow through the roof and temperatures above the roof at different substrate depths, and inside the building. While research results have shown little difference in winter energy savings, summer savings have been about 7 percent according to collected information.

“One major advantage is helping to avoid the urban heat island,” Rowe said. Urban heat islands have long been concerns and with increased development in metropolitan areas, the concerns have increased. Metropolitan expansion usually includes paving over of agricultural or forested lands or encroachment onto deserts terrain.

Rowe is founding chair of the Green Roofs for Healthy Cities research committee. His primary research interest is on propagation and production of landscape plants and their proper use in the landscape with a special focus on green roof research. 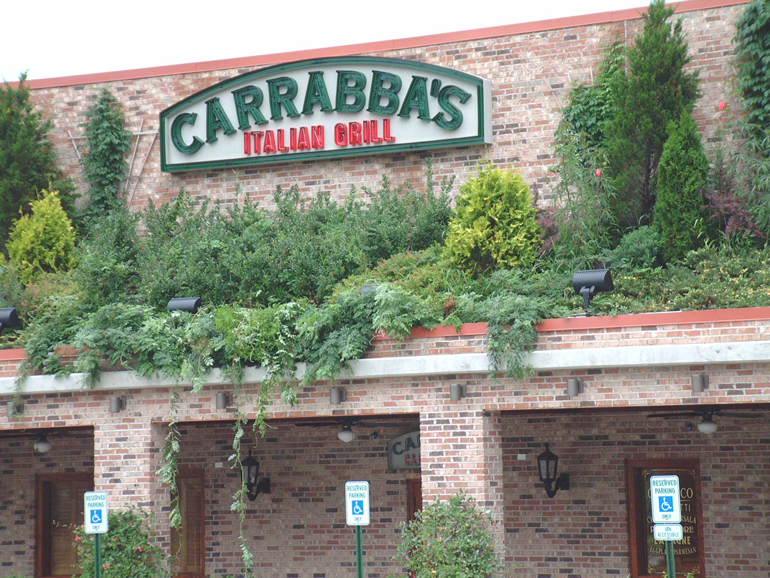 Manufacturing for the green industry is an important employment segment. Lloyd noted that the Rapid Response Manufacturing Center’s role is to continue to develop the Rio South Texas Region, and that green roofs represent one element of the focus on energy reduction and sustainable manufacturing.

“Rapid Response Manufacturing tools will provide the catalyst that will give the Rio South Texas Region the ability to face the future in manufacturing in a sustainable manner and become a world leader in product innovation and commercialization,” he said.