What’s In My Truck: Eric Faggioli

Delaware Valley Paving is a subcontractor for the Pennsylvania Department of Transportation, and primarily handles highway plowing and commercial lots.

As Superintendent for Delaware Valley Paving, headquartered in Phoenixville, Pennsylvania, Eric Faggioli, handles all field operations, including overseeing the company’s snow management work during the winter season. During a storm, Faggioli is on the road, making sure the job is getting done right and constantly communicating with his crew. As a subcontractor for the Pennsylvania Department of Transportation, Del Val primarily handles highway plowing and commercial lots. 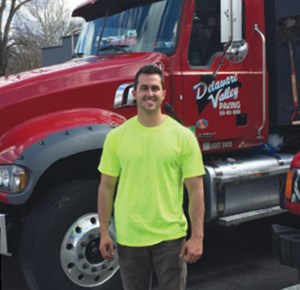 Though this past snow season was slow for the Philadelphia-area company, Winter Storm Stella closed out mid-March with a little bit of extra work. We recently caught up with Faggioli to find out more about how he deals with the long hours of snow work, stays alert and keeps in touch with his fleet.

Being in communication with everyone is critical when you’re out plowing. I’m on my CB radio, always communicating with the other trucks we have on the road. Whether I’m ahead of the guys and letting them know a bridge is coming up or I’m behind the truck, keeping an eye on what the spreader is doing, we are all working together during a storm.

It’s so important to be alert during a storm. Red Bull helps keep me going on those long nights. Coffee will only work for so long. I will also grab 10-minute power naps to recharge when I can.

Watching your trucks and your equipment get destroyed is the worst part of the job. It’s something that comes with snow work, but it’s not easy to watch. When we have old trucks, we retire them for snow work. It’s also hard to watch your guys get beat up. We know the hours are really rough. But we also pay accordingly. We never want to lose someone over snow work since it’s a short season here and not our main work.

Keeping everything clean can make all the difference between a truck getting eaten up or withstanding the conditions. Salt is incredibly corrosive. We just built a new pressure washer trailer so that we can clean the trucks and all the equipment thoroughly after a job. Even just a little bit of salt that you missed will destroy your equipment.

One thing I love about snow is that it keeps me connected with the guys in the offseason. I can call them in December, January and February with some work and take the opportunity to catch up and keep them in the loop. That’s a lot better than finding out in March that they’ve moved to a new company. Snow is one way to help keep the team together because we’re still working together in the offseason.

Snow work is tough — and it’s not our main moneymaker — but there’s definitely something really satisfying about it. There’s no better feeling than plowing right through a huge amount of snow as if it’s nothing. And it feels like a big accomplishment when you make it through a tough storm. 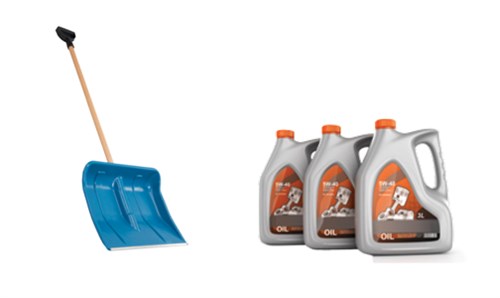