Landscape Crew Has A “Field Day”

It’s not uncommon for high-end landscape clients to spend six figures or more on a project. When Corpus Christi Catholic Church in Stone Mountain, GA looked at upgrading its grounds, however, its congregants got a lot for a little. The immigrant parish was the recipient of donated products along with more than 800 manhours of work from four branches of Ruppert Landscape, a Laytonsville, MD-based company, which tied the project in with both its corporate giving campaign and a field day for employees. 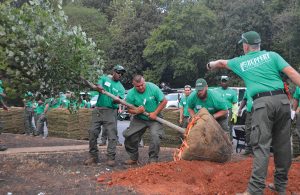 Amy Snyder, Ruppert’s director of public relations, explains the company has been giving to charitable causes for more than 40 years. As the company grew, that giving has evolved to include large-scale events called “field days,” which at times involved as many as 600 employees.

“We’ve renovated numerous parks, 26 District of Columbia public schools in one day, and, in 2015, the Armed Forces Retirement Home in Washington as part of our field day efforts,” Snyder says. ”Our biggest consideration when choosing a site is how we can use our skills to provide a broad help to the community.”

Steve Faber, regional manager for Ruppert’s Atlanta area, adds that the company is particularly excited by requests from employees, “because it’s going to have more impact.”

In this case, Faber says he had made an announcement during a Wednesday morning meeting that the company was looking for a site that needed both donated material and labor, and that would hold around 100 people.

“By Sunday night, one particular employee who had a project in mind sent a PowerPoint presentation,” he says. “I reviewed it that night and thought the place would be perfect.”

Faber explains that only a couple weeks previously, members of the congregation had met to talk about renovations they wanted to make to the church’s landscape, including possible costs and how to get the manpower to do it.

Armed with a contact provided by the employee, Faber first talked with parish officials on the phone, and then he and a corporate staff member set up an interview with the church’s pastor, Father Paschal Amagba, members of the facility landscape committee, and some volunteers.

The landscape at the front of the church was outfitted with new turf and other elements (before on left, and after at right). (Photos: Ruppert Landscape)

“They told us the top five things they wanted to see changed, and we prioritized them,” says Faber. “Then, we priced it all out and told them how much it would cost to do each part of the project in terms of materials and labor.”

That information was then handed over to Zack Chromiak, the designer and enhancement manager under Faber.

“He spent a lot of time putting the designs together, pricing everything out and getting vendors involved,” says Faber. “They donated products and materials for us, and I would say we did probably 75 percent of what was on their wish list with the budget they had.”

While the bigger part of the job was done during the one day “field day,” Ruppert began work on the property about three weeks before the September 2018 event.

Faber says a major challenge with this work on the campus is its location near Stone Mountain Park. “It’s on a hill, with the church and its offices on one elevation,” he says. “From there it drops down to a school and gymnasium on another elevation. They had a lot of drainage issues from heavy rains where it would flood the building, and landscaping would pretty much wash out.

“Our biggest priority was getting the drainage to work before we worried about the designs and landscape,” he adds.

Early work involved trenching and installing pipe, demolishing, and re-pouring concrete sidewalks, as well as removing shrubs and trees, and heavily pruning others.

The entrance to the property was upgraded with new plantings (before on left, and after at right). (Photos: Ruppert Landscape)

“There was probably 1,500 hours of work that went into getting the site ready for our field day,” Faber says.

Each of the four Ruppert Landscape branches involved—Lilburn and Mableton, GA, and Raleigh and Charlotte, NC—had been briefed on the work to be done during the field day, and their assigned areas, as well as the competitive events and how many participants would be needed.

“We divided the project into certain areas for each branch to accomplish so they could assign their people,” says Faber.

Snyder says these competitive events are designed to be a way to teach employees new skills, test their knowledge, and have some fun doing it. Along with competitive staples such as tug-of-war and dodgeball, typical events involve testing people on their horticulture knowledge, competitive tree planting, and use of heavy equipment.

“We’re having fun, and we’re doing something for the community, but we’re also raising awareness about the things we value as a company,” Snyder says. “We want our team members to understand our values and live them on a daily basis.”

Getting The Work Done

While some of the work was definitely cosmetic, such as pruning and weeding, other tasks were more substantial, such as regrading a slope and installing gravel to reduce water incursion in the lower level buildings, rerouting of downspouts away from the building to a collective line into the parking lot, tilling and composting turf areas for the installation of the Bermuda sod and new bed lines around the large trees.

Also aiding in the effort were some of Ruppert’s vendors, who provided materials and some manpower, and 50 to 60 volunteers from the parish, who cooked and served food and beverages for the workers and served as judges for the competitions.

“They treated us great, and nobody went hungry,” Faber says. “And, being an immigrant church, there was food from all different countries.”

The company also met its goal of having most of the work wrapped up by 3 pm, although some employees returned later to set the church up with hoses and sprinklers to help maintain the new sod and trees on the property.

Still, Faber calls logistics the biggest challenge of the job. “To get 100 people to accomplish that much work in five hours required a tremendous amount of advance planning, including removal of debris, staging of materials and equipment, and coordinating of food, water, ice, and lodging for those out of town participants,” he says. “Hurricane Florence was heading toward us, as well, which almost required us to reschedule the event, but at the last minute the storm changed course.

“We were prepared to send people back the next day if we had any loose ends to tie up,” Faber adds. “But that didn’t end up being necessary.” 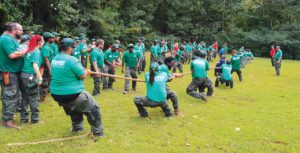 Both Faber and Snyder say there is much to be proud of with this project, well beyond winning the Georgia Urban Ag Council award.

“A lot of it is being able to take what we do every day and put our skills to good use and support people who are in need and people who are served by this church, which holds the community together,” says Faber. “And, it was seeing all the employees having a good time the day of the event, working hard, competing in the training and competition, but also working as a team and honing their skills.”

Snyder says one of the criteria in selection a project is the recipients’ ability to maintain it after the fact, and in this case, Ruppert’s support of the church has been borne out.

Faber agrees. He says he recently received a “thank you” text and some photos from Father Paschal at the church, and things continue to look great. “What we did after the installation was to give them some specifications of what needed to happen with some of the different plant materials and the new sod,” Faber says. “They’ve done a great job of maintaining it. “

As for receiving the award, Snyder says that while the company doesn’t do this for the accolades, it was a nice opportunity for employees to see that their hard work in the community is getting recognized. Still, for Faber, that’s just icing on the cake. “It was a lot of work, a lot of gratification and quite an enjoyable day,” he concludes.

Want to talk about managing your employees with fellow lawn care and landscape professionals? Join the discussion in the Employment Forum at www.expired-link.com. 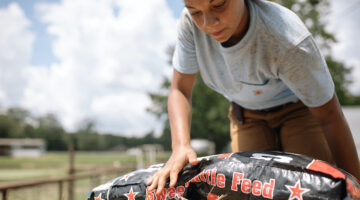 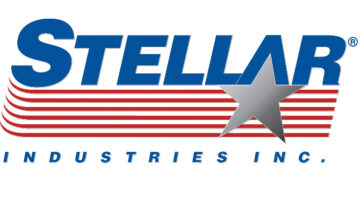