In order for the mainstream media elites in this country to get the result they want in November, it’s important that you continue to think we are in an economic free fall and that a recession is about to begin. (Isn’t it funny how this recession has been “about to begin” for over a year now?)

Certainly, what is happening to the price of gas is a major concern for all of us, and there are things that could be done (that aren’t being done) to help in that area. (How about we let oil companies drill a little oil in U.S. territories and stop being held hostage to other oil-producing nations and the market speculators? How about we get serious about conserving and cut our gas use by 15 percent?) The single area of gas prices cannot send us into a recession.

Even though the housing market can’t throw our economy into recession by itself, it is the favorite area of the economy that gets thrown around as proof that we are going to economic hell in a handbasket. So, has your favorite news source shared the most recent figures with you?

The May reports from the Census Bureau and the Department of Housing and Urban Development show that housing starts for privately owned homes were up 8 percent in April. When you dig a little deeper, you find that housing starts for all types of residential housing is up in the first quarter of 2008 by 3 percent. When you look at starts for buildings with two units or more, they’re up 6 percent over first quarter last year.

I wonder why I didn’t see this on the front page of The New York Times? Yes, starts for private homes are still down compared month to month last year, but that figure is a little misleading. What has been sold to us as a crashing housing market is no such thing. If you take out Michigan, Florida and certain counties in California, the housing market is stable. Those specific areas are having such difficulty, they bring the national average down. Take them out of the mix, and for the rest of the country it’s business as usual.

Why do I harp so much and so often on this topic? It’s because I don’t want this industry to talk itself into tough times. Markets and industries fluctuate, but except for small segments, we are in a pretty stable economic environment overall. If you believe the doom- and-gloom pundits and don’t bother to look just a little bit behind their figures, you start to believe we are headed for hard times. That affects how you run your own finances. If the facts of your business tell you it’s time for a new piece of gear, you may ignore that and say, “If we’re headed for a recession, I better hold off on that new equipment.” If enough people do that, we will put ourselves into a recession; not because of the economy, but because of what we believe about the economy.

My prediction is that should the Democrat candidate be elected in November (as I write this, the media has just about crowned Barack Obama king, but to be fair to Hillary Clinton, neither has clinched the nomination), within about 15 minutes all talk of bad economy will vanish from the media and we will be treated to as much positive news as they can find. 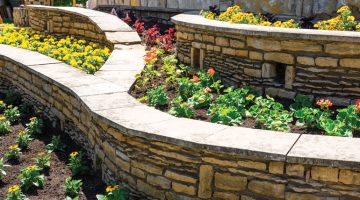