In Your Own Words

Readers Share Ways to Protect Your Hand-Helds from Thieves

Maco Services: I’m a bit frustrated, in that we lose a couple pieces each season. Typically, it’s from a grab and go while someone is in a backyard. One was from my not relocking a cable lock in a Lowes parking lot. All can be avoided if everything is locked up – I get that.

But I find myself wanting to inspect every trimmer I see someone else using, a trimmer that walked away, or a similar blower that could be mine. One, I’d love to get it back, but really I just hate to think someone could get away with it, and it’s likely someone that is in my neighborhood, or that I will have passed by again. Someone could be using my blower right in front of me, and I have no cause to approach them, because likely it’s not mine.

I’ve got an engraver, but that won’t do anything unless I’m up on the equipment. I’m thinking something that could be seen from across a street. I’ve thought about spray painting all my recoils a certain color, or handles, or straps. Something that might not be noticed by someone stealing it, but will be descriptive enough that myself or the police will have cause to check a serial number.

Anyone [doing] such a thing to their equipment?

Swampy: If you’re thinking of painting, do it on a part that isn’t easily swapped out. Such as a blower housing or shield on a trimmer. The bad thing is going to be resale; someone may not want a green Stihl.

A.T.T.: When I had some expensive bikes, I would put a slip of information on myself in the seat tube, something that I could identify if it was ever stolen, is there a way to do that with equipment?

I think the OP is looking to do something hidden in plain sight. If it’s subtle enough, even if it’s easily visible from far away, it probably wouldn’t affect resale value, since nobody would notice it unless they were looking for it, and if a thief overlooks it, it probably wouldn’t be removed.

For instance, painting your pull handles Stihl orange when they’re normally black. It’ll just blend in. Or maybe painting a trimmer shaft in a white that matches the clutch housing, on the part between the trigger and the clutch (unless you have an FS350 that looks like that already).

Now, if you don’t care about resale value as much (although I’m not sure how much some paint will retract from the salability of a commercially used tool), you could dip your pull handles in, say, purple, for instance (that would sure stand out), or spray your motor housings in fluorescent green (That sounds pretty cool actually, but if you choose to do that, I seriously suggest painting it white first …).

rlitman: On the bright side, the more you detract from the resale value, the harder you make it to fence, which makes it less desirable to a thief. I once had a nice Bianchi bike with quality Campagnolo components that looked so bad I only had to chain it up to keep it from ending up in a dumpster. It sure rode nice, but I will admit that I didn’t get much for it when I sold it.

Cuttin-to-the-Max: This is exactly what I’m thinking of doing … taking the “engine shield” off and dipping it in white paint. But I will have to do it to all my equipment so it all looks uniform!

ProMO: About 20 years ago, a guy I worked for purchased a used blower from a rental yard and a couple of weeks later he had to put it in the shop for repair. The dealer called him and said his blower was stolen. There was a piece of paper with the owner’s info under the cover. It was returned to the original owner and the rental place refunded his money.

Brett’s Lawn Care: Maybe cover the handle in some red or orange Plasti Dip (I think is what it’s called). Make it look like a grip on the handle of the blower or starter handle, easily noticed, and you may even like having the gripper instead of plastic.

Boss Lawn 2343: Silver spray paint on parts that are hard to replace/remove. I also tag all my equipment with return address labels. That’s how I got one of my mowers back when some guy took it off my trailer in the middle of the night.

Durabird02: I am not concerned with resale value, and I will be painting all of my equipment with my company colors. I only buy equipment I need, so I will not be selling any of it. I run it until it dies!

Lawn132012: Agreed! Resale of equipment is the least of my concerns. We do not have much large equipment stolen, but the little items tend to get taken. I actually had a kid on a bike grab a trimmer right off the back of my one work truck and head into oncoming traffic while myself and one crew member were inside eating pizza for lunch. Could not believe the nerve of the kid. I am in a beach town, so there was no way I was going to get him. Not to mention not everyone is a local kid either. My equipment could be in Pennsylvania the next day. I guess I am just too fat and slow.

I would say spray paint name using stencils with company initials or name on frame. Then maybe spray paint some other parts with company colors. Always record the serial numbers. This may help you guys, but around here, like I said, it could be in the next state in the morning. At least I have the police around here on my side, as three of them have small operations in town so it makes them want to find the crooks faster as they are concerned it could be their equipment next.

Tailboardtech: I carve my initials into them somewhere obvious and paint a big old glob of blue paint on them. I don’t care about resale since the stuff is toast by the time I get rid of it anyway.

Ssgrassmd: Not only don’t I want a green Stihl, but it might make it also look like a Homelite; nevertheless, people will steal anything. I like leaving an old non-running decoy out.

Chilehead: Replace the standard white recoil rope with one of a neon color that matches your equipment. Examples: Stihl/Tanaka = orange; Redmax/Shindaiwa = red or black.

Turtle: One of the local construction companies has all their equipment from hand tools and trucks to dozers and excavators painted baby blue. I’ll tell you what, you always notice them.

Chilehead: Bright blatant marks such as this make for a great theft deterrent.

ClippersLC: Here’s what I do. On all my trimmers I take the line spool out and engrave my name and phone number in them. I also paint the inside of the head orange. Echo trimmers you don’t have to remove the head to restring, so no one would think to pull the spool out to look in there. Also, the little aluminum blacks that u-bolt on the trimmer shafts that slip into the rack to keep the trimmer from spinning, I paint the shaft orange underneath where the blacks bolt on. My backpack blowers I paint the underside of the base that the machine sets on a flat black. No one notices it’s been painted unless you really look. I also take the rubber flex pipe off that comes out of the blower housing and paint the inside orange. No one is gonna take the time to unscrew the clamps on the blower pipes to see that. I also take the blower housing apart and engrave my name and number inside there as well. Just what I do, hope it helps.

JLSLLC: I’m going to go through my equipment a little more. Great ideas! Lately it seems I’ve been tagging my equipment somewhere with some yellow spray paint I had left over from a project. I know one LCO around me paints a lot of his equipment blue, and numbers them. Looks uniform too, lol. Blue gas tanks/cans/blowers, etc. Awesome thread!

ClippersLC: Yeah, if you can do something like Sunbelt rental company, they paint all of their stuff a unique color of green, that’s ideal. However, personally I like my Deeres to be Deere green and my Echos to be Echo orange, so I find places too difficult to quickly look at and paint or mark them. Also, if you engrave stuff, engrave more than in just one spot. If the thief finds one and grinds it out he will think, “OK, now its untraceable,” since he ground off your engraving under the engine cover, but you will be able to I.D. it from the engraving that’s on the engine block or someplace else as well as the paint mark hidden inside a part of the machine. Also paint mark more than one spot. My theory is engrave or paint one place the thief will find after a few minutes to ease his mind, but I also mark someplace else that he would have to nearly disassemble the whole machine to find. The more markings the better. 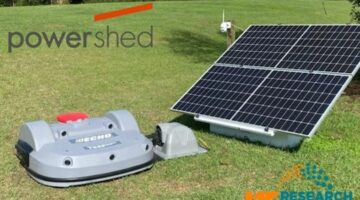