The mikeroweWORKS Foundation seeks to re-educate youth to the virtues of learning new skills and working hard to achieve success. Photo by Michael Segal.

Ask landscape maintenance company owners what is their biggest challenge and invariably it is finding skilled labor.

Joe Gonzalez, owner of ArtisTree Landscape Maintenance & Design in southwest Florida, is one of many company owners who have relied on the H2B program until recently. “The U.S. Department of Labor told us we have to employ Americans,” says Gonzalez.

But finding employees who don’t mind hard work is … hard.

James Schwantz, CEO of the Acres Group in Wauconda, Illinois, describes his best employees as self-starters. He’s looking for employees “you don’t have to poke and prod and tell them what to do every minute of the day. We can go with some young kids out of school, but they’ve got to be wanting to learn and do the job.”

One of the biggest laments in many industries where jobs don’t necessarily require college degrees is finding people who want to do the work and do it well. Company owners in those industries now have a champion for the cause: Mike Rowe. After spending nearly a decade on the road where he took part in 300 various “dirty jobs” for his former television series of the same name, Rowe is tackling what is arguably the “dirtiest” task of all. He describes it as changing the American perception toward the hard work of skilled labor.

The goal of his mikeroweWORKS Foundation, founded in 2008, is to reinvigorate the trades and bolster alternative education options. Through his foundation, Rowe is raising money for scholarships for young men and women demonstrating an aptitude and interest in mastering a skilled trade. Qualified candidates are students enrolled in accredited trade school or apprenticeship program and in need of financial assistance.

Rowe’s mikeroweWORKS has partnered with companies of all sizes, as well as the Boy Scouts of America (which honored him as a Distinguished Eagle Scout), Skills USA and Future Farmers of America, in an effort to promote the trades.

“Somebody’s Gotta Do It”

This year, Rowe’s foundation will award $2 million dollars in trade school scholarships based on work ethic. In his advocacy for the trades, Rowe has testified before both Houses of Congress. He speaks regularly about the widening skills gap, apprenticeship programs and the dangers of college debt.

Rowe continues his work as a narrator, public speaker and writer, and is starting production on his new show, “Somebody’s Gotta Do It”, debuting this fall on CNN. He meets with top-level officials of companies such as Bechtel, a construction company that has expressed an interest in supporting the Foundation and with Caterpillar, which he says has been a “great partner around the whole area of tech recruitment.” This is through another Rose initiative. Its title is Profoundly Disconnected.

Yet Rowe is profoundly connected to his cause: he is working on assembling an association of trade schools. He avails himself of any opportunity he can to raise money for his foundation, including selling on eBay items he’s accumulated while filming his “Dirty Jobs” television program.

Although Rowe is one of the most visible advocates for skilled labor in the country, by his own admission, he wasn’t given the “handy” gene. His hit show, “Dirty Jobs”, changed his life, not only professionally, but also personally.

The show relied completely on companies and entrepreneurs who allowed him to document the dirtiest aspects of their operations, says Rowe.

“I thought it might be worthwhile – or at least polite – to give something back to the industries that allowed “Dirty Jobs” to succeed,” he adds. “mikeroweWORKS feels like a worthwhile legacy of the show.”

In starting mikeroweWORKS—the specifics of which can be viewed at www.mikeroweworks.com—Rowe took upon himself the challenge faced by those in the trades trying to build companies, serve clients’ needs and contribute to the U.S. economy: Hard work needs better PR.

“The thing I heard most often on “Dirty Jobs” was the challenge of finding people who were willing to learn a new skill, get their hands dirty and work their butts off,” Rowe says. “The definition of a ‘good’ job has become very narrow and current expectations are completely out of whack with available opportunities.”

Rowe testified to Congress that the skills gap is “not a mystery, but a reflection of what we value.”

The U.S. has a “dysfunctional relationship” with work, Rowe says.

“There’s a trillion dollars of student loans on the books, the lowest level of workforce participation in decades, and hundreds of thousands of skilled positions that no one seems to want,” he says. “And still we tell our kids that a four-year degree is their best hope of success? We’re lending money we don’t have to kids who can’t pay it back so they can pursue jobs that no longer exist. That’s dysfunctional.”

Rowe says he doesn’t believe he can ultimately change the negative mentality some people possess regarding hard labor.

“But I can make a case, and I can make some noise,” he points out. “I can shine a light on the opportunities that are available and introduce the country to people who have turned a useful skill into a great living. I can get others involved.”

And he can reward the kind of behavior he wants to encourage, he adds. “Scholarships based on things like academic achievement, athletic prowess and musical talent are everywhere. So are need-based stipends,” he says. “I’m more interested in rewarding a specific kind of work ethic, and the willingness to learn a trade.”

Carol Brzozowski, Coral Springs, Fla., is a member of the Society of Environmental Journalists and a frequent contributor to Turf magazine. Contact her at brzozowski.carol@gmail.com. 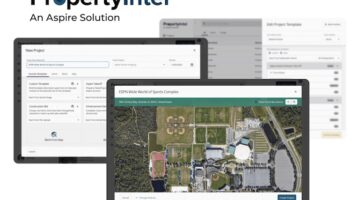