Preparation is Key When Waiting for First Snowfall

Make a List, Check It Twice: Preparing before the first flakes fly is the key to running a lean snow-removal company.

The business of snow and ice management is riddled with challenges ranging from liability to unpredictable weather. While contractors can’t control Mother Nature, they can identify potential obstacles and develop a plan of attack before winter strikes. Preseason preparation is one of the best ways to ensure an efficient operation.

Chief among the challenges contractors face is a lack of time to prepare for the snow season. Because most snow-removal companies also provide landscape and turf services, they don’t have much downtime, says Brian Birch, chief operating officer for the Snow & Ice Management Association Inc. (SIMA), headquartered in Milwaukee. In addition, equipment performs double duty and can’t be prepped for snow until the landscaping season has ended.

But that doesn’t mean contractors should sit idle.

“While you might not be able to actually prep the equipment yet, you can create, organize and review your checklist of all the things that need to be done with the equipment,” Birch advises. “You can definitely start looking at the snow-specific equipment you use. If you have plows that were put away in a garage, you can pull those out and begin getting them ready. Snow-specific equipment should be ready to put on the trucks before the snow begins to fall so that it’s not a mad dash to get everything up and running. You never want to find yourself in a reactive situation.”

Birch admits this transition period can be rough. But anything contractors can do to get primed for the season will help them run leaner operations.

“A lot of it just comes down to being organized,” Birch adds. “Getting the snow operation back up and running can be time-consuming, but if you start to tackle it in advance, you’re going to be a lot more prepared when the snow does begin to fall.”

Even for a larger company, the lack of downtime between seasons is a real challenge, says James E. Hornung Jr., president of Elbers Landscape Service Inc., Buffalo, New York, and past board chair of SIMA. Every year, the certified snow professional says, there’s a last-minute push to prep the snowplows.

“There is often this sense of rushing that comes as the landscape season wraps up and the snow season begins,” Hornung says. “Contractors are often busy doing fall cleanup and winterization services. But those who are successful with snow are also finding time to prep for the upcoming season.” 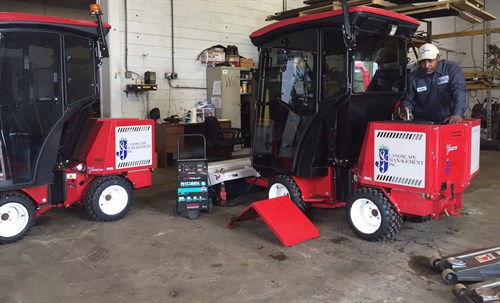 J&J Landscape Management’s equipment is being serviced in the off-season to gear up for the snow.

Teaching staff about equipment during the preseason is essential, says Mike Mason, vice president and chief operations officer of The LawnPro in Louisville, Kentucky. “You absolutely need to understand the equipment you’re using,” he says. “[And] you don’t need to be in a snow event to make sure your crew is familiar with shoveling techniques or using the loader. Those are definitely things you can talk about during a training session.”

Visiting sites before they are snow-covered also can be helpful, Mason says.

“Sites can look a lot different when there is snow on the ground—you can’t see those curved lines or find the best place to pile the snow,” he says. “That kind of planning is actually easier when there’s nothing on the ground and will make you more efficient once the snow does start falling. It will also set you apart from the competition. A lot of companies don’t go the extra steps to be on the site in advance.”

James Derrington, president of J&J Landscape Management Inc., which is based in Alexandria, Virginia, and services the Washington area, says his company does site walk-throughs in October with property managers and crew foremen.

“We have some really big sites, and it’s important to know what the crews’ exact responsibilities are well in advance of a snow event,” Derrington says. “For instance, once at the site, where should team members report? When operating on a large site, it can slow you down if you’re trying to figure out at 4 a.m. where you’re supposed to be. We want everyone to know exactly where to report when the time comes.”

“It’s really important to know who is in command and who is making calls,” he says. “You need to have a plan down, and you need to stick to it. That also includes thinking through your plan for scheduling and equipment allocation. People are tired at 1 a.m., and they are more likely to make a poor decision. If you can think of advanced contingency plans for possible scenarios that could arise, that can really help keep you efficient.” 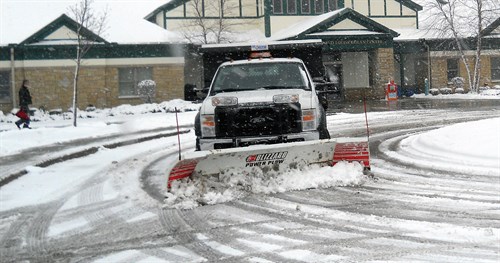 Piecing together potential routes in the preseason can be difficult to do, given that many clients hire snow contractors at the last minute. But any routing that can be accomplished early on will be helpful, Birch says. Also, give thought to peak capacity, including equipment and subcontractors, he suggests.

“How much property and how many sites can you realistically service, and what kind of backup do you have in place? Have a good idea in place as you start signing contracts so that you’re remaining realistic in the process and not overburdening yourself,” Birch says. “Being realistic will equate to being efficient.”

But do not overcommit, Peterson emphasizes.

“Have a realistic time frame on how many hours each route is going to be, and factor in that more often than not, things will go wrong,” he says. “You cannot expect to create a perfect route where you have everything crammed in so tightly that there’s no room for breakdowns. It’s better to under-commit and have happy customers than to overcommit and not be able to get the job done.”

Planning routes that are a bit closer together also offers another advantage.

“If you have a middle-of-the-night breakdown … chances are that someone else is close by and can take over,” Peterson says. “That’s another way that we aim to continue being efficient, even during a breakdown.”

A lot can be done to prep crews on safety during the preseason; failure to do so can easily derail efficiency. When crews are trained long before they will face dangerous conditions, accidents can be curbed, Hornung says.

“We work long hours and in difficult conditions—wind and snow are fatiguing,” he says. “If your crew is not well-prepped on how to handle hazardous conditions, those accidents are going to happen when working some of the long shifts over a 24- to 48-hour period during a major snow event.”

Snow doesn’t need to blanket the ground for crews to learn proper equipment procedures or what to look and listen for while plowing, Hornung says. He explains how an ounce of prevention is worth a pound of cure in this line of business.

“When things break, it has the potential to be catastrophic … and even dangerous to the crew,” Hornung says. “You can train or refresh crew members in the offseason on what the truck should sound like and how it should be operating so that they know if it’s overheating or operating incorrectly. That kind of prevention strategy will save time, money and a lot of headaches.”

Derrington says he devotes a chunk of time to safety training in October. J&J’s plow drivers are typically knowledgeable about the trucks because they also operate them during the landscape season. But a snow-specific refresher is always helpful, he says.

“We just make sure they remember how to operate the plow [and] talk about how fast they should go and what lights to have on,” Derrington says. “While you can’t do a true dry run with no snow on the ground, you can definitely [offer a review] that will help them feel prepared and more confident.”

Employees must be trained to safely and efficiently operate snow-fighting equipment before they are turned loose on clients’ properties.

Providing preseason training can prevent a lot of unnecessary downtime, Birch adds. The bottom line is that it can lead to greater efficiency.

“Unfortunately, advance snow and ice training often becomes a second thought for landscape operations,” he says. “Landscape businesses are doing fall cleanups right now, and they may not be thinking about snow yet. But you need to make a point to execute a solid training schedule and plan as soon as possible. Training doesn’t have to happen in a truck in a storm. It can happen now, and it can make a huge difference in how efficient your business is operating once the snow does start falling.”

Next post How to Handle Today's Top Industry Challenges 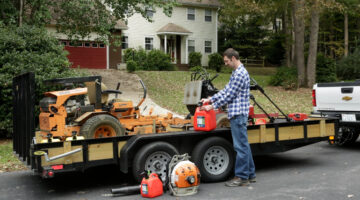 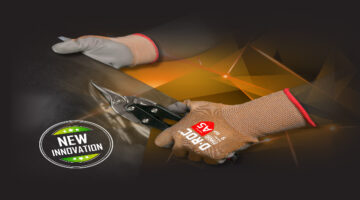