Home » The Latest » TruGreen Joins Save the Bees Bandwagon

TruGreen Joins Save the Bees Bandwagon

RESEARCH TRIANGLE PARK, N.C. — Experts agree that a major health factor facing honeybees is a lack of forage, as they are unable to access the food they need to survive even as they work to pollinate crops to feed the world. With the human population expected to grow to over 9 billion, 70 percent more food will be needed by 2050, meaning bees will need more food to help them meet this demand. To help address this issue, Bayer CropScience donated 40,000 wildflower seed packets to TruGreen, totaling 8 million wildflowers, to increase forage area for pollinators. TruGreen will distribute the seed packets to its customers during National Pollinator Week (June 15-19). This collaboration is part of Feed a Bee, a Bayer CropScience initiative to grow 50 million flowers and expand forage habitat for bees and other pollinators.

TruGreen has made a commitment to pollinator stewardship by collaborating with Feed a Bee to distribute seed packets by hand to clients in Massachusetts and New York. This effort also aligns with the recently announced White House Million Pollinator Garden Challenge, an initiative to establish 1 million gardens with the goal of providing forage for honeybees and other pollinators, and will result in hundreds of gardens to help feed bees.

Bayer’s collaboration with TruGreen is one of several collaborations Bayer has launched as part of the Feed a Bee initiative to increase bee forage areas. The campaign had an initial goal of growing 50 million flowers and providing additional forage acreage for bees in 2015. In May, Bayer announced that the campaign reached this goal as nearly 200,000 people have visited www.FeedABee.com and pledged their support of pollinator health.

Although the initial goal has been reached, individuals are still encouraged to visit the site to commit to growing bee-attractant plants or request to have the Feed a Bee initiative “plant on their bee-half.” Those who have already pledged to plant are encouraged to share their planting pictures via social media with the hashtag #FeedABee. 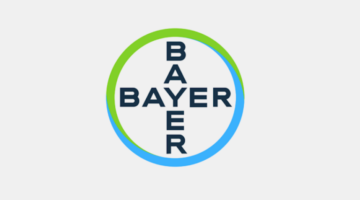